Here’s a more detailed piece about how Matt Bomer worked so hard to portray the character he’ll be playing in tonight’s HBO film that was based on Larry Kramer’s play about AIDS and gay men in the early days, The Normal Heart.

‘I felt a tremendous responsibility in playing this role, and part of it was creating that physical reality for the second half of the film,’ he tells HIV-Plus Magazine in an interview posted Friday (23 May).

You can read all his comments here.

I’m interested in seeing how the film is done. The performances have all received excellent reviews from what I’ve read so far. 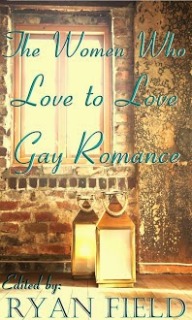 It’s hard to title this part of the post because it was the last thing I expected to hear yesterday. As many of my blog readers know, I edited and published an anthology titled, The Women Who Love to Love Gay Romance, last year. I worked with some of the most talented writers I’ve met in a long time and I think the overall theme of the anthology shows how women can sometimes be worked into gay romantic storylines in the most creative ways. One of the authors who was part of that book, Oleander Plume, sent me a nice e-mail to let me know what’s been happening with her since we last touched base.

It has officially been one year since I received my very first acceptance letter, from YOU! I’m still as happy about it today as I was then.

I wrote a blogpost about it: http://oleanderplume.blogspot.com/2014/05/anniversary-of-sorts.html and I hope you don’t mind that I posted a link to your blog.

The rest of the e-mail goes on to state how many other publications she’s been part of since The Women Who Love to Love Gay Romance. And she thanked me for giving her the chance in that book. It’s nice to know I helped someone move forward that way, especially such a dedicated writer. I still think every writer that contributed to that book will continue to move forward in very positive ways.

You can check out the post at the link above.

And a huge thanks one year later to Oleander Plume all the authors who contributed to that book. When I first started the project I wasn’t sure what I would get…or if I would get anything from anyone. Getting the cover right even took weeks of going back and forth with the cover artist. I soon found out there are some very creative writers out there who know what they are doing.

A Fox News “analyst,” Dr. Robi Ludwig, allegedly believes the young man who went on a horrific killing spree in California recently might have been struggling with “homosexual issues.” The good Dr. Ludwig is allegedly a psychologist.  I did find this web site where you can read more about her. It only takes a moment at her web site to understand what she’s all about.

Dr. Robi Ludwig was a guest on the Fox News’ show Justice with Judge Jeanine and the psychologist wondered if the dead suspect was gay.

‘When I was first listening to him, I was like, “Oh, he’s angry with women for rejecting him,”‘ Ludwig said, according to The New Civil Rights Movement.

‘And then I started to have a different idea: “Is this somebody who is trying to fight against his homosexual impulses?”‘

The psychologist added ‘was he angry with women because they were taking away men from him?’

This happened on Fox News show, Justice with Judge Jeanine. She has one of the third rate shows on the network. She’s on Fox all weekend because no one’s home watching TV and no one else at Fox wanted to work on Memorial Day weekend.

In any event, what happened in California is probably one of the worst shootings we’ve seen in a while. I can’t even imagine how painful it was for the families and the victims. And what really bothers me is that both Judge Jeanine and the good Dr. Ludwig would take something this serious and heartbreaking and spin it around to hurt even more people. And you don’t hear anyone calling for their resignations.