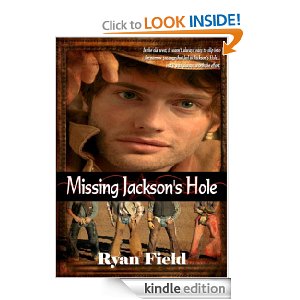 Now that Queen Elizabeth II has officially approved it, gay marriage is now legal in Britain. I’m not sure how British law works, but evidently things like this need royal stamp of approval in order to be official. And since I’ve always had absolute respect for Queen II, I couldn’t be more thrilled about this for all LGBT people in the UK.

House of Commons Speaker John Bercow told lawmakers that the royal assent had been given Wednesday – the day after the bill to legalize same-sex marriage in England and Wales cleared Parliament.

The queen’s approval was a formality. It clears the way for the first gay marriages next summer.

You have to be a huge fan of Jonathan Franzen to appreciate the humor in this, and because I am a huge fan that’s why I’m posting about it. I don’t always read novels like Franzen’s for pure enjoyment. Sometimes I read them because I want to study the way in which they were written. In other words, if you’ve never shopped at Tiffany’s, don’t try to open up an exclusive high end jewelry store of your own.

Over lunch in one of the University of California Santa Cruz’s dining halls last Wednesday, the topic of Jonathan Franzen was broached and my friend Leigh and I began a passionate defense of the man’s essay “Farther Away” in the face of an imagined host of detractors. We cited the honesty of the piece; we beat our breasts and stomped the table groaning at its misinterpretation; we rained scorn down upon the man’s declaimers (absent) and supporters (also absent) alike. We wept, bemoaning the poverty of our culture’s literary curiosity, so obsessed with Jonathan Franzen, our horizon and circumference.

That same afternoon, this blogger spotted Franzen in person, on campus, trying to check out a film. After doing a little research (which could be misinterpreted as stalking in a friendly way) the blogger found out Franzen does, indeed, keep a small place in Santa Cruz and has an office at UCSC. It’s a humorous piece, and it made me smile.

When Small E-publishers Fold Up

In the spirit of full disclosure, which I always try to do (but sometimes miss), the following is a list of titles that just went up on Amazon with Ryan Field Press. These are not totally new releases. They are new because I’m releasing them myself as an indie publisher. These are the books and stories that were published by the now defunct e-publisher loveyoudivine.com.

I’d lost track over the years, and when I learned that LYD was shuttering its business, with only one month’s notice to authors who had worked with them, I panicked a little because these books were all bringing in small royalties that added up. And some of them were actually new releases. Had I known LYD was closing down I would have stopped submitting my work to them much earlier. But I had no idea, and I found myself in an interesting position: what to do with these books and stories.

After that experience with LYD, I decided not to shop them to other small mom and pop e-presses and to release them alone this time. I prefer working with a publisher, but sometimes you have to make decisions based on experience. Because when this happens with e-books it’s not like what happens with print books. With print books there are still used copies floating around and people are still reading your work…in spite of not making money on used books. And that word of mouth is important to an author and his/her brand. But when an e-publisher goes out of business all your work disappears and you’re finished. Done. All that hard work you put into your work is gone. And I personally don’t want to take those chances anymore now that I can indie publish myself.

One thing I can tell you for certain is that when a small e-publisher goes out of business the author and the reader are always the last ones to know. Small e-presses are interesting that way. It’s not shifty or shady, it’s just that a lot of these small e-presses are not run by business people and the owners don’t think like business people. I’ve seen this happen more than once in the past ten years, and LYD is not the first one who closed down in a way that resembled the old landlord phrase: midnight move.

Here’s a list of the first round of books from LYD I’m releasing this month. I have not changed any titles or covers and I won’t do that because I don’t want readers to buy something they’ve already read. The good news is that I’ve cut prices and most of the books will be .99 for the time being. Right now, because there are so many books to put up, I’m only focusing on Amazon. But they will be distributed in other places in the future.

With This Cowboy I Love So Freely link

Down the Basement link