new Los Angeles home will be featured in the August issue of Harper’s Bazaar and you can check out a few photos of what I assume will be some of the photos, here.

You’ll also see Berkus and Brent posing in several of them. They do this very well…pose that is. In fact, I don’t think I’ve ever seen a Nate Berkus photo where he wasn’t striking that proverbial pose. But I mean no snark at all. I like Berkus and I remember some of the things he’s gone through in life. And when Tony was going through some serious health issues in 2007, I found Berkus on a talk show by accident very late one night, and listening to what he went through helped me cope a lot better at the time. I actually figured that if Berkus could get through all THAT, so could I.

The couple is showing off their stunning abode in the August issue of Harper’s Bazaar, and it leaves little to be desired. It’s a midcentury lover’s dream, as it was originally designed by John Elgin Woolf, who worked with the likes of Cary Grant. The couple opted for a black-and-white palette throughout, but we’re particularly fond of the mint green 1950s stove in the kitchen.

I often ask my brother if he ever runs into Berkus in any of his travels because my brother is a partner in this design firm and his client base includes Lucy Liu and a few other fairly well known people. But he never does, and I would imagine that has a great deal to do with the type of designs they do.

Here’s a list of a few more Amazon releases. I’m posting them all here on the blog to try and remain organized because it gets a little confusing after a while. And this way when someone asks, I can search the blog and send a link. It’s a nice way of saving yourself time if you are an author and readers want to know something right away. 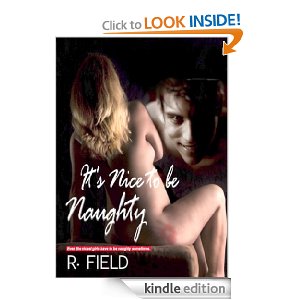 You can check it out here.

Even the nicest girls have to be a little naughty sometimes. Though Sally Mae Frye has worked hard and played by the rules all her life, she wonders whether she’s missed something along the way. She’s already in her late thirties, and she’s still single. She spends most of her time either working or dealing with her aging mother. And then she hires handsome, young Phil Winston to be her personal assistant at the bank, without even realizing he’s a sweet guy with a kinky little fetish that will eventually turn her into the sort of naughty woman she’s always fantasized about. Sally Mae can’t ignore Phil’s rough hands and the subtle bulge between his legs, or the way he tends to notice her when she leaves a room. At first, all it takes is a heavy snow storm and a sopping wet male assistant who likes to strip for his full-figured boss. After that, it’s all about the way dirty, young Phil knows how bend Sally Mae over and use the palm of his rugged hand to please her.
Show more
Show less 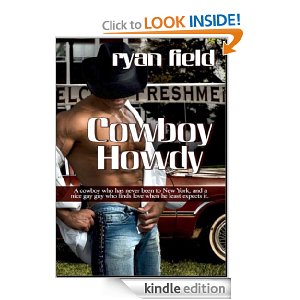 Cowboy Howdy is pretty much self-explanatory from the blurb, below. If you notice, I played it extra safe to add the fact that the main characters are two full grown consenting adults because I’ve learned never to take anything for granted, or to assume anything.

Payne is a typical gay guy from New York City, with the right haircut, clothes, and attitude. He spends a great deal of time keeping his slim body smooth and well-toned for strong, dominant men. Although he’s not looking forward to his new roommate at first, he soon discovers things could have been much worse. The minute Payne meets Howdy he can’t take his eyes off his huge shoulders, long legs, and the bulge in his jeans. Howdy’s thick Texas accent and his authentic cowboy hat make Payne cover his crotch with a sweatshirt. When he finds out Howdy is there to play football, Payne wants to bury his face in Howdy’s jock strap. In fact, Howdy is the full grown man of Payne’s dreams and he considers seducing him the first day they meet. This leads to an interesting experience that may wind up changing the rest of their lives. Will these two full grown consenting adults fall in love and will Howdy accept Payne’s romantic, subtle advances? Or will he find them repulsive and move out that night?
Show more
Show less