I vowed I wasn’t going to post about Hollywood sexual assault/harassment anymore, and not because I’m trying to avoid it or ignore it. Everyone else is talking it and I think people come here to read about other aspects of pop culture. But as the allegations against more people in places of power continue to expand, we can’t avoid the topic altogether.

This bothered me because Transparent is one of my all time favorite TV shows to binge watch. I love all the characters, not just one in particular, and that’s rare for me.

Amazon is investigating claims Jeffrey Tambor sexually harassed his former assistant.
Jeffrey Tambor is “adamantly” denying all allegations.
He said in a statement: ‘I am aware that a former disgruntled assistant of mine has made a private post implying that I had acted in an improper manner towards her.
‘I adamantly and vehemently reject and deny any and all implication and allegation that I have ever engaged in any improper behavior toward this person or any other person I have ever worked with.
‘I am appalled and distressed by this baseless allegation.’
You can check this out here. I also believe it’s important to remember that in the US people are innocent until proven guilty. 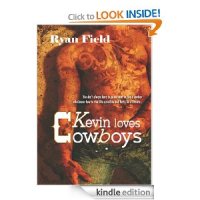 Three Quarters of the Gay Community Dislike Extremely Feminine Gay Men
I don’t want to get into a rant here about book reviews, but I have seen this happen many times as a fiction writer. Book reviewers will slam feminine gay male characters without thinking twice about the overall discriminatory (or moral) implications. If I even dare to write a character who has feminine tendencies there will be readers who will review the book and slam the gay feminine character, in public. They’ll even accuse me of pushing gay stereotypes. Here’s an example with Kevin Loves Cowboys.
Kevin is/was too feminine as far as I’m concerned. I like more masculine men (like cowboys!) and I was very disappointed in the book.
There is a very masculine gay character in that particular book, too, but that reviewer chose to focus on the feminine gay character, which is interesting.  I’ve written a lot more rough masculine gay characters than feminine in my time. The same book got a great review, which I’m very thankful for because that review balanced out the discriminatory one for other readers.
However, my main point is that the dislike for extremely feminine gay men seems to run a lot deeper than even I thought it did.
Feminine gay men turned off almost three quarters of the gay community, according to a new survey.
In Attitude magazine’s Masculinity Survey, 71% of the over 5,000 respondents admitted they were actively turned off by a partner with typically feminine attributes.
You can check out the rest here. The comments are very rough with this article. Be prepared to be shocked with a great deal of ignorance. I just hope feminine gay men know that we don’t all feel this way.
Australia’s Marriage Equality Results
I think most of the world is curious about this by now. I know I am. I’m as excited for gay people in Australia as I was here in the US. I want gay people in Australia to know what it’s like to be able to legally marry just like straight people. I want them to know how it feels* to finally understand the magnitude of it all.
With less than a week to go until Australians find out the results of the postal survey on marriage equality, hundreds of ‘results parties‘ are being planned around the country.
The Equality Campaign is hosting Australia’s biggest event in Sydney and will feature live performances from leading entertainers.
You can check this out here. This is going to be a huge event.
Altered Parts
You can check this out here at Smashwords.
And here’s the Amazon link. 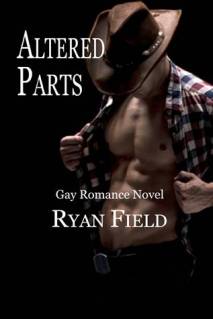