Earlier this week when I posted about the Archie character from Life of Archie dying at the end of this particular series by taking a bullet meant for an openly gay character, Kevin Keller, I didn’t expect to receive many reactions. But I’ve had e-mails and comments left on social media that surprised me so much I thought I’d search around for more online reactions to see how others feel about all this…or at least how it’s being handled. I’m taking an objective approach.

For one thing, I didn’t know this was all so political:

And in Life Of Archie, Kevin is now a veteran, married to his husband, and elected senator on a platform of increasing gun control in Riverdale, after his husband was involved in a shooting.

Evidently, Kevin Keller is not without a history of controversy. When the character debuted anti-gay group, One Million Moms, tried to start a boycott which backfired hugely and only wound up boosting sales. That’s not a huge surprise. There’s one particular book review web site that’s almost stopped reviewing some books poorly because those bad reviews helped sales.

Here’s a strong reaction that seems to spark interesting conversation.

Killing Archie Andrews in the course of saving Kevin Keller’s life sends a powerful message both about gun control and about the place of LGBT youth in modern society. Archie, who Goldwater holds up as a symbol of heroism and “the best in all of us”, did not die for love and he did not die solely for friendship. He died for principles, for everything that Kevin is, that Kevin stands for, and that Kevin represents. If we have to see a beloved comic icon go, even if it’s just in one title, then I’m glad it was for a cause that is so relevant to each and every single one of us.

On another note, someone e-mailed me in private and he/she thought this move to end the series was more about sensationalizing gays and gun control as issues in a huge effort to grandstand and get as much attention as possible…just for the sake of attention, at the expense of gays and gun control. This reader made a few excellent points.

Archie publisher, Jon Goldwater, disagrees and doesn’t think this is a political issue at all:

“Everyone is entitled to their opinion, but I don’t agree,” said Goldwater. “I think Riverdale is a place where everyone should feel welcome and safe. From my point of view, I’m proud of the stance we’ve taken here, and I don’t think it’s overtly political on any level.”

Speaking objectively, I don’t think Goldwater has been reading the news lately. Or that’s his impression of blowing smoke up our asses. If someone is taking a “proud stance” how is that NOT political?

A Huff Po article actually does mention the fact that this is probably a publicity stunt.

“Not to be too grandiose, but this demise is a fitting and tonally perfect tribute to a character who has always put his friends first,” said Chris Cummins, who writes about comic culture for DenOfGeek.us. “This is a publicity stunt for sure, but one with heart that will have permanent ramifications.”

This is why I stated in my previous post they’re thinking about the historical aspects here as well.

Of course, as usual with anything Huff Po, the comment thread is even more interesting. I found this one particularly fascinating because it’s something I’ve been hearing a lot of people say lately.

While I applaud the intent, this just smacks of “let’s get on the bandwagon”.

As I said, I’m going to refrain from commenting on this because I don’t know enough about this Archie series and I don’t get political on this blog. However, I have to admit that one “bandwagon” comment above is really starting to make me think twice lately. Are “they” all jumping on to the bandwagon of all that is good and gay just to sensationalize, capitalize, and turn us into tokens? Where is the line between offering support and taking advantage drawn? And will there be a day in the near future when it’s finally politically incorrect to talk about us as if we’re objects? I could link to that question several times with publishing bloggers but I won’t.

In any event, if you do a simple search for anything related to this topic you’ll find pages of information.

Comments are open and I won’t censor as long as all comments are civil.

Talk about jumping on to the gay bandwagon. Here’s an article about Zachary Quinto being the gay lover of James Franco in a film about gay “cures.”

The script for ‘Michael’ is based on ‘My Ex-Gay Friend’, a New York Times Magazine article by Benoit Denizet-Lewis. Justin Kelly, the director, said it is not just a story about an ‘ex-gay’.

‘It’s actually a very relatable story about the power of belief and the desire to belong,’ he said, according to Variety.

The hardest part about this is that it will probably be interesting, and I like Zachary Quinto. I just wish Franco wasn’t doing it. I used to like him, but it’s getting harder these days. I keep wondering why aren’t more gay people wondering why a pushy straight guy like Franco is making so many films about gays? Am I the only one? That’s the thin line between genuine support and blatant self-promotion I’m talking about.

On a much lighter note, because I really want to end this post that way today, here’s an article where openly gay Miguel Pinzon talks about starring in a new TV show with Tori Spelling and Jenni Garth. They may not be artistic geniuses like James Franco (snort), but they make most of us smile and that’s often more important than anything these days.

He describes the show as ‘Scooby Doo meets AbFab.’

I know this sounds light, but it’s actually an interesting article with quotes I found to be authentic. I like this line best of all:

‘I am openly gay and Nick is openly gay but it’s not a coming out story,’ he adds. ‘He’s just Nick and his sexuality happens to not be his main descriptor. It’s a non-issue. It’s nice to be able to tell queer stories that are not just a queer story.’ 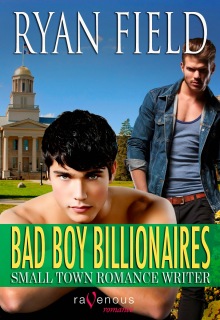