In France, the Nutella company launched some kind of marketing campaign that allows people to customize their own jars with personal messages.

Evidently, they also decided to censor words like “Lesbian,” “Muslim,” and “Obese.”

Internet users quickly discovered that they were not allowed to certain words in their messages, including the word ‘lesbienne.’

They then opened the source code of the page to see the full list of the banned words.

They included a slew of insults and their spelling variations, and words related to unhealthy diets, such as ‘obese,’ ‘diabetes,’ ‘fat’ and controversial ingredient ‘palm oil.’

While gay and homosexual passed, ‘Muslim’ and ‘lesbian’ were forbidden.

‘Negative or insulting messages were directly removed from the field of possibilities,’ Nutella said a statement.

If this is true, that’s the worst kind of censorship there is. In full disclosure, I always have a jar of Nutella in the house. I won’t be stocking any more after this.

I’ve already posted about this actor, Jack Falahee, and how he won’t say whether or not he’s gay. And he’s really sticking to this, with a few more additional comments.

‘We don’t ask the actor playing James Bond what his sexual preference is,’ he said this week on SiriusXM Progress. ‘So I don’t know what it is, really, with trying to out actors who portray gay characters on television. But it is some sort of fascination in society.’

The freshman series wraps up its season next week and Falahee’s law student character of Conor Walsh and his memorable trysts with several different men have catapulted the previously unknown actor to stardom.

Being gay is not about sexual preference. That’s just a small part of it. It’s not a “fascination.” It’s about self-respect, pride, and something called equality. As a gay man who gets a kick in the face almost every single day of my life, I not only find it disingenuous of Falahee, but ignorant. He’s the one who decided to play gay on TV and collect a nice big paycheck. I’ve never advocated forcing anyone to come out, however, under these circumstances with someone this vocal I personally think Falahee’s words are an insult to every single gay person who has ever come out and suffered discrimination.

Meadows Are Not Forever
Smashwords
Amazon 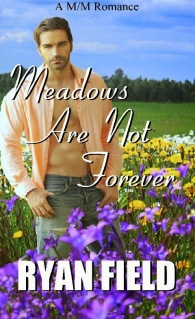 And he’s being coy, secretive, and demure about it:

‘I don’t think answering who I’m sleeping with accomplishes anything other than quenching the thirst of curiosity. And moreover, it seems reductive.’ he tells Out Magazine in a new cover story.

‘It’s been really interesting to be in the middle of the industry’s fascination with the individual, because I never thought about that growing up or when I was at acting school. No matter how I answer, someone will say, “No, that’s not true.”

‘We still live in this hetero-normative, patriarchal society that is intent on placing everything within these binaries. I really hope that – if not in my lifetime, my children’s lifetime – this won’t be a question, that we won’t need this.’

After saying this, he goes on to say how much he wants to help people in the LGBT community.

We will always live in a heteronormative society because there will always be more heterosexual people in our society. Yes, there are people who would question him no matter how he answers, but I think that kind of thing is disappearing little by little as more gay people assimilate. Even though I will always support the gay person who is in the closet and isn’t ready to come out yet because of his/her circumstances, I find it hard to support any guy who makes his living…a very good living filled with privilege…playing gay and yet won’t own up to his/her sexuality in public.

But I give Falahee credit. At least he knew the word heteronormative. And this all could be a huge publicity act, too. Keep the people dangling and wondering. I’ve seen that before.

You can read more here. If you don’t agree with me, that’s fine. But remember, I’m not slamming anyone for being in the closet like so many millions of gay men around the world who don’t have the luxury or the opportunity to come out. This guy is coming from a place of HUGE privilege, he chose to be in this position in public, and he won’t even admit this one basic fact about himself. I find that highly disingenuous, especially when I think about heroes like Michael Sam who have done so many positive things for the LGBT community as the risk of their own careers…lives.

Now here’s an article that’s worthy of praise because it may help inspire more people…maybe even Jack Falahee, although I doubt that. Joel Grey who has been entertaining us for years recently came out of the closet and he’s claiming that Neil Patrick Harris was inspirational to him.

Joel Grey, best known for the film Cabaret, says of this year’s Oscar host: ‘Neil Patrick Harris is a star in every way. And he’s a dad. He’s the most gifted, charming, talented actor who is himself, and that’s it. There are no limits.’

In an interview with People, Grey calls Harris ‘one of my heroes.’

‘He is just excellent at everything, and he is totally who he is.’

Just like Michael Sam, Neil Patrick Harris is another hero and not just for one or two people. These brave men are inspiring gay men who can’t come out, or who are thinking of coming out, literally on a daily basis. I know this because I get letters from these guys on a weekly basis because their only connection to the gay world is through fiction and an e-reader. Some sneak netflix and look for clips of Will & Grace on youtube when no one is around. I do not joke about things like this.

Here’s the rest of the piece.

In keeping with the general theme of today’s post, here’s an interesting fact about Tom Selleck I didn’t even know.

Selleck played a gay role in 1997 in a film titled, In & Out, I don’t remember seeing it, but I could be wrong about that.  At the time, Selleck was dealing with tabloids and gossip mongers suggesting he was gay and he took the gay role on anyway. Remember, this was almost 20 years ago…a very different world.

It was about midwestern teacher (Kevin Kline) who questions his sexuality after a former student makes a comment about him at the Academy Awards. The film also starred Joan Cusack, Debbie Reynolds, Matt Dillon and Bob Newhart, among others.

Says Selleck: ‘I said, “I’ve been trying to do ensemble comedy forever and this is one of the best ensembles I’ve ever seen.” Because I had sued several tabloids for falsely saying I was gay, people were saying I was anti-gay.

‘Playing the role ended both those rumors.’

As far as I know, Selleck has never hidden the fact that he’s a straight actor playing gay. 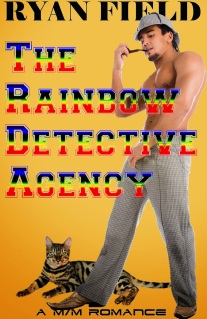