Back in the mid-twentieth century, there was this thing called “integration.” It really sparked a lot of emotions, especially in the south.

A lot of people during that time exercised their first amendment rights and protested against integration. Those people had every right to freedom of speech and to protest, and the photos below prove they took advantage of this. They thought mixing races was morally wrong…much the same way there are people today who think same sex marriage is morally wrong.

It’s interesting to see these people so many years later in photos, while we’re living in a different world…with a mixed race President…thanks to a lot of hard work and, ironically, that same Freedom of Speech.

And it’s even more interesting to see how the Palin family practices their right to Freedom of Speech in the twenty-first century so many years later, by supporting a company that believes same sex marriage is morally wrong. It’s even more ironic (and sad) the way history always repeats itself. 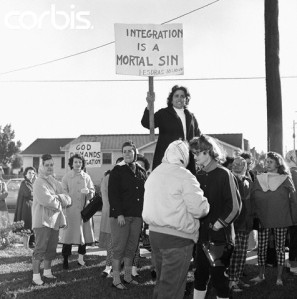 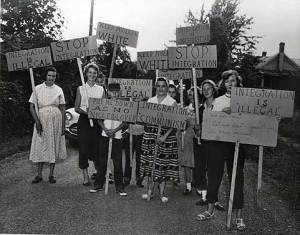 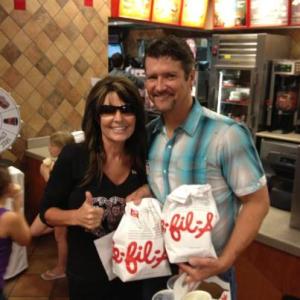