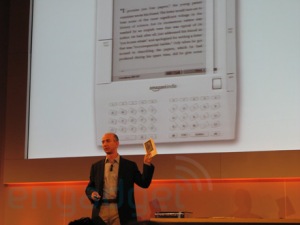 When Amazon launched the Kindle e-reader, it seems as if that was the day publishing changed forever. History was made that day and nothing has been the same since then. A lot of us were in digital publishing before that, but we weren’t being taken very seriously. I think I recall e-book sales were less than 1% of the overall market. I could go back and link to old publishing blog posts that laughed at e-publishers.

In l999, I went to a dinner party where one of the guests worked in the art department for Random House. I’ll never forget the conversation we had during cocktails. He started talking about these “devices” that were being developed, where people could store their entire libraries and manage as many books as they want. He also said the publishing industry knew about the technology in l999 and no one was doing anything about it.

I started submitting my fiction to e-publishers around 2005. I remembered the conversation I had with that art director and I saw a future in digital publishing. And though it’s still not clear where anything in publishing will go, I don’t see digital publishing disappearing. Especially not when you look at the way younger generations have embraced technology.

I’ve enjoyed working with all the e-publishers that have published my novels and short stories. A few I started with in 2005 (Tassels and Tales) aren’t around anymore. They had the right concept; just not the right business plan. But I hope to continue submitting my fiction to the same digital publishers I’ve been working with. My experiences have been positive and I’ve been thankful for the opportunities they’ve given me as an author.

But I’ve also been curious about self-publishing with Amazon for a long time. I’ve posted about it enough that I’m not even going to link to the posts right now. You can do a search if you’re interested. The main appeal for me, as an author who has always worked with publishers, is finding out what it’s like to have complete control over what I’m publishing. My background, aside from twenty years of publishing fiction, is in business. Other than a few jobs in publishing where I worked as an editor, I’ve never actually worked for anyone. I opened my small businesses because they allowed me the freedom to write part time. They were both successful and I loved every minute of running a business. I’m still in business to a certain extent because I’m a landlord. And trust me, that’s not easy.

As an author I’m also a business person. And my latest little venture is going to be publishing a full length, 60,000 word novel, on Amazon. The title is “Chase of a Lifetime,” and it’s m/m erotic romance. It’s also a very humble venture. I’m not expecting to be the next Joe Konrath and I’m not expecting to blow anyone out of the water, so to speak. I’ll be thankful for however many copies of this book I sell and I’ll be here to answer any questions readers have. One thing I learned after years of owning my own businesses was how to relate to the public…to consumers. In all those years of owning a gallery I only had one client return a statue. She thought it was bronze; it was resin. I gave her the money back and sold the statue to someone who really fell in love with it a few weeks later.

I don’t want this post to wind up too long. And I will continue to post about the self-publishing process, for me, and what I’ve been doing. As I said, the main reason why I’m doing this is to get the control I’ve wanted all my life. Publishers are all different. Some let authors have a lot of freedom, and then others control every single aspect, from concept right down to the title and cover of the book. That collaboration is nice sometimes, but I’ve also learned that publishers who like to control the most aren’t always right and it’s the author who suffers in the end. The genre also suffers to a certain extent. I love the m/m romance genre and I’ve loved watching it grow and evolve. I even love the controversy that m/m romance sparks sometimes. It’s the kind of passion I never thought I’d see in my lifetime. Sereiously! People are arguing over a book with gay male characters? I never started writing lgbt because it was a trend. It’s because I’m gay and it’s what I know best. But in order for the m/m genre to continue to grow, authors have to be trusted and some publishers need to step back and let them do what they do best.

The second reason I’m doing this is because I want to price the book on my own this time. “Chase of a Lifetime” will be released as a .99 e-book. It is an original and has never been published anywhere before. I won’t be handing out free copies. As a business person giving away anything for free is counterproductive to the overall goal of being in business. But I do think .99 for a full length novel is a fair price.

Right now, I’m in the final stages of launching “Chase of a Lifetime.” I hired a cover artist and copy editor. I suck at cover art and I wanted a copy editor to back up my own extensive edits. And I’ve always believed that copy editors are the most important people in publishing. There’s this concept out there that a lot of self-published books aren’t up to certain standards and they lack quality. All I can say is that I’ve never worked so hard and edited so much in my life. This is a small, humble venture for me, but I also want it to be as perfect as I can get it. Just ask Tony, my partner, what life had been like since I started this. I have driven the poor man crazy.(smile)

I’ll post more soon. I’m hoping to have the cover art ready either this week or next. And if anyone has any questions about publishing on Amazon, feel free to ask.

Here’s the blurb for COAL (still subject to change):

When Jim Darling graduates from Princeton and goes back home to Texas, he dreads everything ahead of him. He’s almost twenty-one years old, still in the closet, and has never been with a man. Though his father wants him to go to law school so he can join him in his law firm, it’s the last thing Jim wants to do.

On Jim’s first night home, during his college graduation party at his mom and dad’s ranch, he runs into his best friend’s dad, Len Mayfield, a rugged, handsome investment banker in his late thirties who rides horses and wears a cowboy hat when he’s not working as an investment banker. Len’s life isn’t much different from Jim’s. He’s been in the closet forever, he’s trapped in a marriage of convenience with a wife who cheats, and he’s resigned to his circumstances.

That is until Len runs into the grown up version of Jim Darling at the graduation party. What happens after that blossoms into something neither of them ever expected. A long seduction leads to fantastic love-making. There’s enough passion, heartache, and frustration to challenge their fragile relationship in more ways than one.

Will Jim Darling find a way to come clean with his mom and dad so he can find the happiness he’s always wanted? And will Len Mayfield find the courage to finally come out of the closet and walk away from a life that has never made him happy?