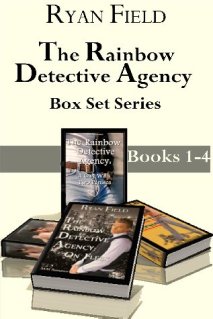 I have a rule about all social media, not just facebook. If I’m going to post the photo of a real life friend…or anyone…I ask their permission first. I don’t just do it without consent. It doesn’t matter if it’s a group standing in front of a restaurant or a small dinner party at home. I don’t feel comfortable posting anyone’s photo without getting permission. Why, you ask? Because your real life friends might value their privacy and not want their photo posted on your Timeline. Not everyone wants everyone to know what they are doing twenty-four hours a day. There are some people out there who prefer to hold on to whatever privacy they still have left.

I was curious about this and I wanted to know how other people think. Here’s something interesting.

Here is some good news, however. A study suggests that people who do this may be alienating themselves from those who might be called normal human beings.

As CBS Washington reports, researchers from three British universities — the University of Birmingham, University West of England, and the University of Edinburgh — have concluded that frequent Facebook photo-posters “risk damaging real-life relationships.”

Whatever you do, don’t post photos of kids without consent from parents. Frankly, I would go berserk if I were a parent and someone posted my kid’s photo on facebook or anywhere.

So when she spotted a friend of her ex-husband posting “literally hundreds of pictures” of her daughter, Elmuts said she expressed her displeasure and asked her to remove the photos. A confrontation ensued, after which the woman unfriended Elmuts on Facebook.

Here’s a page where there’s a legal discussion about posting photos of friends on Facebook.

If you do a simple search you’ll find a lot more information out there. But for me the bottom line is short and sweet: just don’t do it without asking for permission first. I had a family member once post images of me online at a family gathering and I didn’t want those photos up. I asked her to take them down and she did. It wasn’t an issue. But that was a family member. If you have to go to a real life friend and request that it could lead to a problem that could have been avoided.

Don’t be that social guy who posts photos of everyone he ever knew in the universe without asking their permission first. And we all know someone who does this all the time in real life. I personally know one who has been posting photos of friends all week and I’ve been getting e-mails about it from more than half the people I know. They aren’t too thrilled about it either.

I’ve been reading more and more articles about how hugely ignored most transgender people are as compared to the privileged and elite transgender person that Caitlyn Jenner is. Some stories are downright painful to read when you see how some trans people suffer. I’ve seen other commentary about how many trans women don’t really want Caitlyn being their spokesperson. I’m not knocking Caitlyn, and neither is anyone else. Her journey has brought the entire discussion out in the open and in many ways it paved the way for people like me writing blog posts about it. However, there are a few strong opinions out there about the way she’s been doing it.

‘When I came out, I didn’t go and go hardcore and be like, “I’m going to save the world for LGBT,”‘ The View co-host said on Monday’s episode of the talk show.

‘Beforehand, I was definitely repping the community, even when I wasn’t saying this is what I was. And I’m not faulting you because yes, we need you. It’s too fast, too soon.’


I found that here.

Here’s an interesting article about making the right career choices through gut instinct, but not knowing you’re doing that at the time.

‘I got offered a part in Mission: Impossible II with Tom Cruise, but they wouldn’t let me see the whole script because I might have spilled the beans. I only got my scenes,’ McKellen tells People.com.

‘Well, I couldn’t judge from reading just those scenes what the script was like. So I said no. And my agent said, “You cant say no to working with Tom Cruise!” and I said, “I think I will.”‘
It’s a good thing he did.

And there you are. I hope I made a few of the right career choices this year, too, by finally turning a few things down that I wouldn’t have turned down five years ago. Only time will tell. All I can say is that looking back in hindsight, there are a few things I should have turned down. Sometimes you have to learn the hard way.

The Rainbow Detective Agency
Box Set
Four books in One