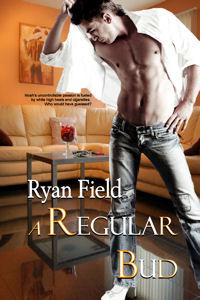 Here are the latest KDP releases I’ve had to indie pub with Ryan Field Press since Loveyoudivine.com shuttered it’s web site. It’s an arduous process at best, but well worth it because now these select backlisted books (about 30 when I’m finished) are now priced at .99 each. Until I decide whether or not I’m doing more distribution, that’s how they will remain for at least three months.

I’ve noticed something interesting. Some of the previous reviews are showing up, others aren’t. I honestly don’t know what to make of this, however, I will check into it and see what they say. 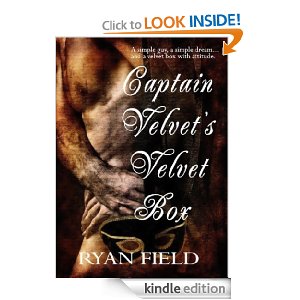 M/M Romance author, Heidi Cullinan, wrote a long blog post this week addressing an issue that’s obviously something about which she feels strongly. When M/M book review web site, reviewsbyjessewave, wrote a post about the way some authors write hetero sex scenes in M/M books, claiming that on-page hetero sex is disrespectful to M/M readers, Cullinan posted her feelings, here. This is just one of the issues she addressed.

I personally have no comment on this issue. I’m just passing this info along as an objective blogger for those who might be interested in it. I stick mostly to gay sex scenes in gay romances because I think that’s what my readers want. But I’ve occasionally written hetero sex scenes in gay romance books when I thought the scenes needed them, and I have a new indie anthology coming out titled, The Women Who Love to Love Gay Romance, where it’s all about the *fantasy* of a straight woman joining the gay characters in the stories. Although these scenes are more bi-sexual than hetero sexual, there are women involved in some of the sex scenes because that was part of the fantasy and the overall theme of the book. And I wanted to give the authors who contributed to the anthology full creative license to do what they wanted to do. Nothing was censored, and I was personally amazed at how well each author worked a female character into a gay storyline. These women blew me away they were so good.

In any event, Cullinan’s post is an interesting piece to read for a variety of reasons, and you’ll see a few familiar faces in the comment thread.

After a long illness, journalist, Helen Thomas, has passed away at age 92. Up until a few years ago, Thomas was a staple in Washington, and many used to look for her at WH press conferences. I always enjoyed her blunt questions, and how she never seemed intimidated by anyone, not even the Presidents she questioned during the span of her very long career. There were many times she was the highlight of those dull press conferences.

She was a fixture at White House news conferences — sitting front and center late in her career — where she frequently exasperated government spokesmen with her pointed questions.

Thomas began covering the White House for United Press International when John F. Kennedy became president in 1961 and was a fixture there until her retirement in 2010.
She was a trailblazer and the considered the dean of the White House press corps because she was the longest-serving White House journalist.

You can read more here, where they go into a little detail about the controversy that initiated her retirement a few years ago.