This article discusses the recent comment made by big 5 publisher, Hachette, in response to a letter Amazon sent out to readers and KDP authors. I’ve already posted a little here. Hachette makes a broad generalization about the invention of the paperback, but fails to mention a few important, interesting details that most people wouldn’t know.

Well, technically, it isn’t false — it’s true that mass market paperbacks weren’t invented to replace hardbacks. But they weren’t published in the modern fashion, with a publisher releasing them months after the more expensive hardback. Rather, paperback rights were purchased by competing publishers who were able to sell their paperbacks for 10% of the price of the original hardcovers.

In other words, they were invented to disrupt the hardcover industry.

You can read the rest here. This is a very articulate piece and I don’t want to excerpt more than I already did because the blogger deserves full credit for doing this. If you know nothing about Amazon vs Hachette, or about the origin of the paperback, I highly suggest clicking this link and reading it in full. It’s concise and thorough at the same time. I thought it was fairly objective, too.

I came across this blog post recently and thought my readers might find it interesting. It’s a post about how a gay guy lost his virginity and some of the comments aren’t what you might expect.

‘Well, I guess for man-on-man action, there are two V-cards you could lose. My friends and I have discussed this several times…and almost all of us have come to the conclusion that oral sex IS sex, but penetrative intercourse results in the loss of a V-card (this includes my LGBTQ and straight friends).  We haven’t done a scientific study to back it up but I guess from personal experiences we’ve found the penetrative act to be more intimate.’ He also made this rather interesting point. ‘Also, had I been a heterosexual woman offering up my wares for free to a heterosexual man, I almost guarantee that it would have been a different outcome, and I would have hung my V-card up six years earlier…’

I have to agree with him.

A couple of years ago a fairly well known romance book review web site that does reviews in the form of a letter to each author posted a rave review for a m/m romance historical that left me gaping in a few places. I didn’t read the book, but I did read the review in full. It was a five star stellar review that most authors would kill for. But when I read a part of the review where there was an excerpt about two gay male characters in love and “sharing coitus” I nearly gagged on the cluelessness of that passage and the WTF-ery that accompanied it. I would be remiss if I didn’t add that this same mostly all women review site has always been the first to use passive aggressive homophobia against gay male authors. How do I know this? I’m the gay guy and you’ll just have to take my word for it (smile).

Why was this so wrong? Because two gay men do NOT share coitus. Not now, not ever, and not even in a historical. Here’s the definition of coitus. It’s not up for debate with me. This next article to which I’m linking points this out well. And for anyone to review a gay book of any kind and not bring this up in the review…unless the author refers to coitus as a joke in the book…is highly irresponsible and insulting to gay men. Not one person in the comment section of the review had enough basic knowledge of gay men to question the review. Not one.

In any event, this same article I linked to above talks about how gay men tend to view the loss of their virginity differently sometimes. I thought this was interesting.

I get into gay virginity in this book…it’s loosely based on the old movie, Breakfast At Tiffany’s, and I parodied what I always thought was a Cinderella storyline that’s been done time and time again. The only difference is that I did the gay erotic version, because, you know, sometimes we gays like to read this fun dirty stuff, too. I know that’s hard to believe. But it’s true. Most of us got nothing growing up. Nothing but suicide and depression in gay novels. And why can’t we have a little Cinderella once in a while, too…with GAY characters and a very happy ending? And, a closeted gay billionaire who was once married to a woman loses his gay virginity in the process. The title of this book was NOT an accident. 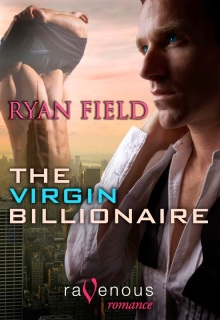