This information I’m linking to now is from Queerty.com, but there it’s linked to TMZ. The music industry’s billionaire, David Geffen, is allegedly being stalked by a 20 year old former boyfriend. Get this, the boyfriend’s last name is Kuntz. No comment.

20-year-old Jamie Kuntz has been accused of stalking the 71-year-old for the past several months. His behavior has included following, harassing and making a “credible threat” against Geffen sometime between September and November.

In October, Kuntz was arrested for violating the terms of a restraining order. He now faces felony and misdemeanor charges and is expected to appear in court later this week.

Kuntz and Geffen first hooked up when Kuntz was 18. In 2012, the teenager was kicked off his college football team after being spotted making out with the then 69-year-old billionaire in a press box. He told teammates Geffen was his grandfather. (The school maintains that he wasn’t removed from the team for being gay, but because he lied about the kiss.)

Very little surprises me anymore. And I actually do think some of the best relationships, gay or straight, occur when there’s an age difference. It could be a ten year age difference, or even a twenty five year age difference. They usually last. But I can tell you one thing for certain about life. When you see an 18 year old making out with a 69 year old there is almost always a sizable amount of money lurking around in the background. Goodness and love have nothing to do with it.

You can read more about Geffen and the boy toy here.

For those who don’t know I’d better get this out in the beginning. DILF means “Dads I’d like to fuck.” It’s not always meant to be literal, at least not in this context. It’s more sarcastic in nature.

Gay men and women aren’t the only ones who have a special place in their hearts for DILFs, according to the latest Buzzfeed video examining the same-sex attractions of male hettys.

Consider the pursuit of human knowledge one step furthered.

Aside from the fact that they use dumb words like “hetty” in this article, it’s not completely horrible. Of course Grandpa Geffen’s name is not on the list, but most of the guys who are listed with photos are not bad at all.

The thing that always amazes me is that straight guys would be interested in other men at all. But one thing doesn’t amaze me. Gay men can’t stop reading about it.


You can check them out here.

If you haven’t had enough of Glee yet, you’re in for a treat. There’s still one more season of schmaltz and happy crying left. And now there’s a gay singing quarterback…because it’s not enough pressure to be a gay quarterback in high school.

When casting for the role, the character was described this way: ‘He’s post-Glee gay — no one messes with him about his sexuality because he will kick their asses if they do.’

Williams was a finalist on Canadian Idol in 2008 and has many onscreen acting credits including How to Build a Better Boy, Pete’s Christmas, Saving Hope and Headcase.

Now, to be perfectly honest I actually think this might work out well. I know it’s pure cheese and I’m not even sure I’ll watch, but I do think it’s interesting to give younger people the image of a gay guy who will kick ass if anyone screws around with him. Just the other day on Twitter I politely let a straight guy know that not all gay men dress and act flamboyantly. Some gay men would be more than happy to kick his ass when he least expects it. And that’s the dead honest truth of the matter. You just don’t hear from us often enough.

My only concern is that PC bleeding heart liberal Ryan Murphy will ruin this somehow. I hope he really makes this kid a badass hero who does kick ass and fuck all the PC convention. Gay kids need some of that, too. 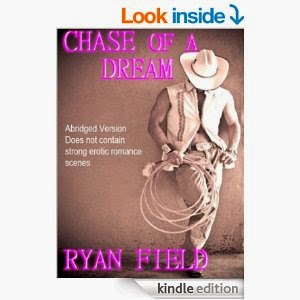