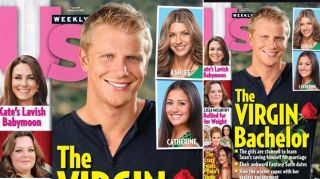 I actually wrote a much longer post on gender politics in M/M Romance, however, it turned out to be so dull and pedantic I decided to save it and keep it in the archives. What brought me to this topic was a post I read over a week ago about gender politics in M/M Romance, a post with which I didn’t completely agree. And since I have my own blog, I decided to just write my own post on the topic for my readership.

And keep in mind that this is coming from my own personal experience, not from sociological articles, or “research says,” and, “studies show.” I didn’t spend hours in the archives researching it either. I’m writing it from the POV of a gay man in a twenty year relationship and I think that qualifies me more than enough on the topic of gender politics within gay relationships…in M/M Romance or anywhere else.

First, here’s the definition of gender politics, according to English Dictionary:

Second, I should add I’ve never had much faith in anything sociology related because it’s always so generalized and sometimes opinionated. I took my required sociology electives in college and thought I’d lose my mind getting through them. It took four cups of coffee just to sit through a one hour and fifteen minute lecture sometimes. And I can tell you without flinching that my money would have been better spent taking art history classes instead.

Is there gender politics in M/M Romance?

Some. But not much. In other words, all men are conditioned in a certain way and that can’t be disputed. However, the gender politics between two men…gay or straight…is never going to be significant enough to worry about unless you’re talking about extremely unusual circumstances. And that’s because men think like men. The gender politics Tony and I see sometimes happening between straight couples we know leaves us speechless. And often thankful that we are gay men and don’t have to deal with that kind of gender politics. It makes life just a little easier.

One of the things I’ve always hated the most is when someone straight who knows very little about gay men wants to know who the “guy” is in a gay relationship and who the “woman” is…as if one gay man is more like a woman than the other. And that’s just not how it works. It’s one of the oldest stereotypes out there, and it’s also one of the most insulting. The fact that there is such a small amount of gender politics in gay relationships actually helps dispute this stereotype.

If I’m a straight woman writing M/M Romance, do I have to worry about gender politics?

On the most basic level of gender politics, I always think of the Ray Romano show, where Ray and Debra are constantly at odds due to the strong gender politics. He can’t figure her out; she can’t figure him out. And that’s not something you see too often in gay relationships, not even with two gay woman. Because of this lack of gender politics in gay relationships, there’s an understanding that’s usually unspoken. If Tony tells me he’s playing golf again this Saturday, I don’t roll my eyes and complain about it. I tell him to drive safely and I go to the gym. Plain and simple. I’ll see you when you get home.

I’m not linking to anything else because there’s obviously a debate about this. The only problem I have with some of the people in the debate is that, once again, I’m the gay man and I’m speaking from experience, not from sociological studies and research. And, frankly, I’m getting a little sick and tired of feeling like a lab rat that’s been put on this earth to analyze and dissect by those who aren’t gay and think they know it all.

A guy on the TV show, The Bachelor, has made a lot of covers lately. Evidently, it seems Sean Lowe is a kind of sort of virgin. And because I write romance and I find the entire topic of virginity fascinating in a general sense, I wanted to post about it in case anyone is wondering if there are still any virgins left. I’m not being snarky about that either. If Sean Lowe is, indeed, a virgin, I applaud him for waiting and not rushing into sex. Especially in a world where I think we sometimes feel pressured into sex at a young age. In my book The Virgin Billionaire, Jase didn’t lose his gay virginity until he was almost forty years old. And that’s not all that unusual for gay men. In fact, I think most gays, if they were honest about it, would admit they lost their virginity at a much later time in life than straight people. And that’s because while all the straight people are screwing around on prom night…or before…we’re hiding gay porn and sex toys under our mattresses and trying to figure out ways to get out of our small middle class towns alive. Now put that in your sociology book and analyze it!

Lowe is currently engaged to one of the final four women from the ABC series, and the 29-year-old former fitness model and his fiancé are waiting until their wedding night to have sex, a source dished.

Though Lowe had sex back in his college days, the religious Christian no longer believes in premarital sex, the source explained.

“Sean doesn’t want to have sex until he’s married,” the source said. ““It’s very important to him.”

If this is true, I applaud him once again for knowing what he wants. I only wish they’d find a real virgin next time for The Bachelor, because having sex in college does NOT constitute one as a virgin. And now I am being snarky. Virginity does not grow back. Once you lose it, it’s gone for good and you can’t get it back. Maybe they should look for a gay guy around Sean’s age, instead of a straight guy who started having sex at an early age. The odds are the gay guy would be a virgin. You younger gay guys know exactly what I’m talking about, too.

Elton John and his partner, David Furnish, made the cover of AD this month. As a longtime subscriber to AD, I raced to open it this month and see what was inside when I spotted John and Furnish on the cover. And not just because I’m such a huge lifelong fan of Elton John as an artist. I find that AD is one of those magazines that always recognizes gay men for their accomplishments, treats them with respect, and breaks so many of the low-end stereotypes we often see in other publications. And they often do this without even saying this one or that one is gay. In other words, we’re all just people and whether we are gay or straight doesn’t really matter.

It’s a rock star of a Hollywood pad. And why not? It is, after all, home to a legend of the breed, Sir Elton John, and his partner, David Furnish. “We love it,” exults Furnish, who dreamed up the couple’s ode-to-the-’70s chrome-and-glass palace with his friend and designer Martyn Lawrence-Bullard. “Our goal for this apartment was neither entertaining nor having houseguests—it’s about function, about us. As a filmmaker, I needed a base here, as did Elton, who tours a lot on the West Coast. Though Elton’s definitely a maximalist, I, a more clean-line minimalist, we both wanted something very L.A., very ’70s, à la the building’s architecture. Immediately, I thought: Boogie Nights.”

The article is interesting and the photos of their home are spectacular. You can read and see more here if you’re not a subscriber.