38-year-old David Galvan leaked the nude photos of his ex-boyfriend Richard Rosa, 31, who is a teacher at John Muir High School in Pasadena, California, US. Galvan was angry their relationship had ended, so he sent the nudes in an attempt to get Rosa fired.

He hacked into his email account and sent 4 nude photos to over 200 of Rosa’s colleagues with the subject line ‘Enjoy’.

Galvan then fled the state in order to escape police. He was only caught last week, October 21, and he was charged with identity theft, sending obscene matter and impersonation.

You can read more here. I’ve been predicting all along we’ll be seeing more online crimes prosecuted, of this nature and of other natures, and it’s finally starting to happen. I’ve also been watching more civil cases pop up as victims of online abuse are becoming more litigious and aren’t sitting back willing to take it anymore. In one particular case I’m not linking to, mental illness came into play and the abuser who happened to be mentally ill was treated like any other abuser in real life who is mentally ill. She was taken into custody and committed, legally, for evaluation. That case is still pending.

Allegedly, eight gays were imprisoned for going to a gay wedding. They each got three years for “inciting debauchery.”

The Internet video shows two men exchanging rings and embracing among cheering friends. The eight were detained in September when a statement from the office of Egypt’s chief prosecutor said the video clip was “shameful to God” and “offensive to public morals.”

There’s more here.  The next time someone tells me how great we gays have it now I’m pointing them toward this.

While this might not be gay news, it’s relevant and the marine is worth checking out at a glance. But seriously, a harmless US Marine who fought in Afghanistan was held in a Mexican jail for 8 months because he was caught carrying licensed US military guns across the border…by accident. This, from a country like Mexico that can’t figure out how to keep its own citizens in place and we’re responsible for dealing with border control.

Tahmooressi was freed Friday night and reunited with his mother, Jill, and then boarded the flight to Florida in San Diego.

“They’re just spending time together, trying to figure out what’s next,” Franks told reporters at a hotel in this suburb west of Fort Lauderdale. “They need some time to decompress.” Neither Tahmooressi nor any family members attended the news conference.

Tahmooressi, 26, has said he took a wrong turn on a California freeway that funneled him into a Tijuana port of entry with no way to turn back, and that he had no intention of illegally bringing guns into Mexico. His detention brought calls for his freedom from U.S. politicians, veterans groups and social media campaigns. A U.S. congressional committee held a hearing on the case.

Really Mexico? An innocent marine? Glad to see you’re on top of everything like you should be.


You can read the rest here.

For those of you political types who think I’m reacting too harshly, read this and then tell me about it. Maybe we should stick you down in a Mexican jail for eight months and see if you come back thinking the same way. What happen to this guy is just plain wrong.

After being jailed in Tijuana, he tried to kill himself by cutting his neck with a shard from a light bulb in his cell because the guards and inmates threatened to rape, torture and kill him, Tahmooressi’s mother said. 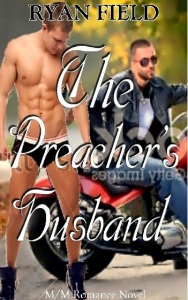