If you don’t know by now what PrEP is you can check that out with a very simple search. The Op-Ed piece I’m linking to now by Michael Lucas isn’t about PrEP, not totally. It’s about the backlash that PrEP has been receiving since the onset.

According to Lucas, in addition to the fact that PrEP works, there’s a list of some of the biggest misconceptions about PrEP.

3. “It encourages men to have more sex without condoms.” PrEP is the most highly-effective tool we now have to help sexually active people avoid contracting HIV. The corollary of the bareback argument is “Only gay men with high risk behavior need to take PrEP.” That is a shameful contention that creates an unnecessary stigma. All you need is to have had one instance in your entire life of not using a condom, with a partner you don’t know and trust 100%, to find value in taking PrEP. Each individual now can decide if PrEP fits his or her life, and if their risk for HIV is high enough to merit taking a pill every day.

My problem with the whole thing is that we only hear two sides of the story…that PrEP is the best thing ever or that it’s the worst. And speaking from personal experience, I think there’s a lot of gray area with this one. I think it’s more about making a lifestyle choice. Being gay isn’t a choice, but how you live your life is.

You can read the rest here. The comments, as you would expect, are highly mixed with this one. I’m glad someone is speaking up about it now that there are a few results to show. PrEP is still experimental from what I’ve read, and no one knows what the long term side effects might be (liver damage, etc…) but at least it’s giving some gay men who choose to live a more sexually active lifestyle with multiple partners a choice. There’s nothing shameful about that. But it is a choice, so let’s not play games.

Thailand is now leading Asia and the world in LGBT protection rights, including transgender issues.

The 2015 Gender Equality Act, which was passed in parliament in March, makes discrimination against people based on gender identity or sexual orientation punishable by up to six months in prison and a fine of 20,000 baht (roughly $550). An early draft included exemptions in education and religion, but they were removed before the bill’s approval, making way for all-encompassing law that has now taken effect.

Now if we could only get Russia to allow gays to walk the streets freely.

Here’s another Op-Ed piece, and this one is about the attraction to masculine men, or specific attractions. I’m a little on the fence about this one because it categorizes a little too much. On the one hand, it gets into how diverse the gay male community really is. On the other, it mentions things like gender politics. I’ve seen arguments about gender politics in m/mromance and frankly I don’t always buy into them. I think they’re exaggerated and they don’t represent most gay relationships. And I’m speaking as a gay man in a relationship/marriage of over twenty years.

In any event, it’s an interesting piece to read just because you get to see what’s going on out there if you’re not part of the hook-up world these days. It’s really not that much harder than it was in the 90’s, except for the fact that everyone’s doing it online these days instead of in a bar.

I, for one, will admit that I love self-identified masculine guys. I really do. I love them for the same reason I love gay and bisexual men who refuse to date Latinos or other ethnic men who have sex with men. If you give me a legitimate reason to never want to date you right from the start, you save me from wasting minutes analyzing your entire profile (because, let’s be honest, who has the time to read through all of your favorite books), from engaging in a dead-end pursuit, and from ultimately meeting someone else who thoroughly enjoys everything I have to offer. You do just as much for me as I do for you, masculine boys, and in a world where dating is so exhausting, I’d much rather save my energy by not navigating the gym for your approval.

I actually got into this in the last Rainbow Detectives book. Blair and Proctor wind up doing a three-way with a dude who isn’t honest up front about himself…what he likes in bed. And they don’t find out what he’s really like until they’re in bed with him. Proctor’s not thrilled about that, and he’s tired of guys who don’t tell the truth up front. I know it’s fiction, but it happens in real life, too.


You can finish the piece here.

New Release
When A Man Loves A Man 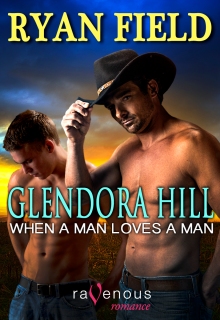 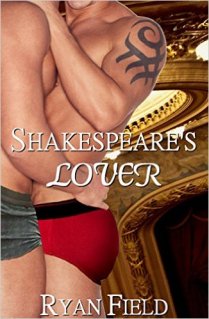