There’s an op-ed piece in The New York Times by Tony Horwitz that discusses a few “truths” about digital publishing and how authors and publishers are dealing with all the changes in publishing. But you have to take into consideration this is his truth and his experience, and it’s important to mention he can’t speak for all digital authors. In other words, he’s coming from a place of privilege where only a select few ever made money writing in trad publishing.

This was the beginning of his first bad experience in digital publishing:

The Global Mail’s backer had had a bad financial setback at his firm and evidently decided he could no longer afford a folly like quality journalism. He’d abruptly pulled the plug just hours before I filed my copy, making The Global Mail a dead letter.

It happens. But his literary agent got him another deal and saved the day…even though he wasn’t too thrilled with the $2,000 advance. Then he went into fast forward mode because everything works ten times faster in digital publishing. There are no summer Fridays or huge stretches of time between signing a contract and releasing a digital book. (The truth is that digital publishing isn’t moving as fast as it was five years ago. Experienced digital publishers (and authors) are realizing they can slow the pace down a little and that there’s no rush to the finish with every project.)

Unfortunately, Horwitz was surprised the new digital publisher wasn’t going to do much in the way of promoting him. He had to learn how to do this himself. This is where he talks about gaming the system. All publishers think in terms of making money. It’s their bottom line and this gaming the system thing isn’t something new. There have always been questions about what makes a New York Times bestseller. And there have always been reasons why some books get put up front in brick and mortar bookshops. In any event, it’s really up to the author to choose how he or she will promote a book. I have never once had a single family member of friend leave a review for me. Not once. I have never had a digital publisher ask me to do this either. I know some do this. I don’t work with them.

Horwitz was expecting a marketing team with his digital publisher:

Except there didn’t seem to be a “team,” just an outside publicist who was busy on other jobs. She circulated a hasty press release and wrote a glowing review of “Boom” on Amazon, the main retailer of Byliner titles. Byliner urged me to “game the system” by soliciting more such “reviews” from friends and relatives, and issued a few tweets touting “Boom.” Then silence.

I have never once depended on the “marketing” person with a digital publisher. Like most “marketing” people they are a complete waste of time. The best thing THEY do is learn how to bullshit well enough to keep their jobs. So Horwitz started his own promoting and wound up on a bestseller list. If you think this is a good thing, don’t get too excited for him. Unfortunately once again, when he found out just how many books he’d sold to become a bestseller he was NOT too thrilled.

Then this other digital publisher went bust.

The next day I received an email that began “Dear Byliner author.” My publisher was “undergoing some changes.” As in death throes. “Every new venture requires a leap of faith, and we thank you for taking that leap with us.”

The rest of the article talks about how wonderful things were in the old days and how much he’s looking forward to writing his next book in hard copy. It sounds as if he’s finished with digital publishing. But he did happen to get the $15,000 from the first publisher. He also talks about how writers could make a living in the old days, and that’s the part I find most misleading…at least with fiction. It rings of privilege of the past where only a select few who had agents and were lucky enough to get advances. And luck did, indeed, play a big part of it.

As The Global Mail unraveled and its owner shut off funds, my editor managed to salvage the $15,000 I’d been promised long ago.

I have been commenting on digital publishing on this blog since I started getting into digital publishing back in the early part of this century. For authors like me in a niche market I’ve found digital publishing to be refreshing and engaging. And I do come from a background of trad publishing where it took a year to get a book released from start to finish. I know the old days and frankly I don’t miss them a bit.

I also have an issue with a career writer who just now seems to be discovering digital publishing. As a writer who has always wanted to remain relevant, I don’t get that. I was told in 1999 that if I didn’t start learning how to submit to trad publishers with electronic files (I didn’t know how to do that back then) I would become a dinosaur. I had no choice. I had to learn, and I also knew back then I had to start from the bottom and figure out what digital publishing was all about.

So part of me really feels bad for Horwitz, and another part of me wants to tell him to stop crying the blues and put on his big boy pants. His story, in a way, reminds me of a newspaper writer I know who is now selling used cars because he didn’t see the changes coming in journalism…or didn’t want to see them.

You can check out Horwitz’s book here on Amazon. That’s another thing. Instead of complaining, digital authors are usually the first to help each other with a shout.

A woman in Scotland has been accused of circulating naughty naked photos of a gay florist in an alleged effort to smear his reputation and promote gay hate.

But it’s important to note that the florist actually posed for the nude photo willingly in what looks to be an attempt to promote his new flower shop with his ass, figuratively speaking of course. But in using his ass to peddle his pansies he wound up on circulars that were allegedly distributed all over the neighborhood with gay hate comments. How evil is that?

Fiona Meikle, 54, is alleged to have delivered the leaflets. She denies the charge, according to Paisley Evening Times.

In acting in the manner described, it is claimed, she behaved in a threatening or abusive manner likely to cause fear and alarm.

You can read more here. There’s a photo of the florist, but not the nude one. (I looked but couldn’t find it anywhere.)

The comments are interesting, too.

Ever since anti-gay propaganda laws were passed in Russia the criticism has been relentless. And it’s been global. Vladimir Putin seems to be rethinking a few of those laws and he’s now talking about improving them.

‘There are stereotypes that exist regarding Russia, including on issues of sexual minorities, to a large extent…[are] a fictional idea,’ he said.

‘Remember, there are many other countries that are far worse on homosexuality, and other manifestations of the so-called sexual orientation.

‘But we will look to the future and will improve legislation in this area.’

Of course there is some speculation about whether or not the anti-gay laws will become harsher, or if Russia will actually improve the quality of life there for LGBTI people. Anyone who speaks another language fluently understands that a lot can get lost in the most simple translation.

You can read more here. It should be interesting to see what happens next. 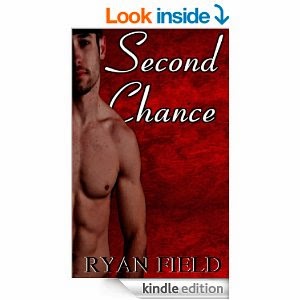 Ahh what I wouldn’t give for a second chance in some cases :!
Lovely story.

In this first novella of the Second Chance series, an older gay man who has lived a closeted life for ninety-two years is presented with choices one last time. Who hasn’t wondered how things might have turned out if only they’d made one or two different choices in their lives? Who hasn’t contemplated what it would be like for the chance to do things all over again a different way, if only that were possible?

When ninety-two year old Andy Walker shuffles out to his beloved vegetable garden one morning in June, he gets the surprise of his life. He winds up in the last place he could ever imagine, with the man of his dreams telling him there’s still time for a second chance and there’s still time for him to choose a different path than the one he’s already followed…but only if he’s willing to take the risk and revisit one of the most pivotal and painful moments of his life. There are no guarantees or promises of happily-ever-after, and no one can make Andy’s choices for him. And if he agrees to return to the year 1950 when he was still young and strong and handsome, only he will know whether or not it’s possible to alter the course of his entire life thanks to one unusual encounter with a stranger named Chip.