My last official post on Halloween for the next full year, I promise. But I saw this article titled, How Gay is Halloween, and figured I’d post one more time. There are a few LGBT historical facts I found interesting as well as an account of how gays wanted to be visible in public post Stonewall.

When Lee started the parade in 1974, gay men were just beginning to gain real militancy. The Stonewall riots were a recent memory, and gay activism was still in its nascent stages. The gay community wanted to be gay in public. Mainstream culture wanted them to be quiet in public. A Halloween parade, then, was a perfect solution for everyone, because it permitted the gays to be as loud as they wanted under certain conditions. For one wild night, the rules of American gender would be temporarily suspended, and gay men could wear all the glitter that they wanted. But come the following morning, the tiaras were put away as gay men prepared for 364 days of heteronormative winter.

The only thing I’d like to add here is that NOT all gay men take Halloween all that seriously. Tony and I used go to Provincetown on Halloween when our one dog was younger and we didn’t put on costumes and we weren’t concerned with being “public.” We were there. We were gay. We had fun watching the bad drag and wearing heavy coats on The Cape. But Halloween isn’t a highly significant holiday for us, at least not like it is for some gay men. And we are by no means closeted gay men. I think it’s important to point these things out as many times as possible so people who are not gay understand there is a great deal of diversity within the gay community that is often overlooked. And let’s face it. Who gets more media attention? The gay attorney who goes to work in a suit, drives a Mercedes, and goes out to a great restaurant on Halloween night to avoid dealing with annoying trick or treaters, or the gay man who puts on lipstick and earrings for Halloween? I’m not being glib about this either. There’s nothing wrong with lipstick and earrings. It’s just not for all of us.

In any event, the article is interesting, with some solid facts.

The blog post I’m linking to now is long, but it gets into a few interesting points about the e-book boom we’ve experienced in the past few years, self-publishing, and how some authors who were making six figures are not seeing those same numbers anymore. It’s interesting for both authors and readers. But take into consideration that with all pieces like this it is only one person’s opinion and isn’t based on anything solid, and the author admits this openly.

I can’t say this definitively. I could be wrong. This is where I’m going out on a bit of a limb, making a prediction based on intuition and only a smattering of anecdotal evidence. But I’ve now heard enough from writers all across the genres that despite working harder and smarter, putting out more titles, getting better, promoting the smart way, they’re seeing a general decline in sales per title, that I can no longer dismiss it. It’s not seasonal. It’s not temporary. Yes, in a business like this one, there’s always going to be exceptions, individual writers bucking the trend but as an aggregate, the long tail affect has finally arrived. The early adopter eBook bounce is over.

Speaking from my own experience, because of the sub-genre where I focus, I’ve remained basically even with sales for the past five years or so. But I’ve always concentrated more on building a small readership, knowing that what I write is not going to appeal to the masses…at least not yet at this point in my career. In other words, I’m in this alone, and I work alone. I’m a career writer, not a social planner.

The author of the post also gets into the future, and what may or may not happen:

But if you’re a professional writer, either full time or part time, one who wants to be compensated fairly for his or her work just like any craftsman, things are going to be different going forward.

Then he gets into quality, and makes it clear his opinions are subjective. The only problem here is that I’ve already seen several comments about this post, and quality, where people who have a problem being subjective have misinterpreted this and they make it sound as if just because an author is prolific he or she doesn’t produce quality books. And that is subjective, highly subjective, and I think it’s important to understand that all authors work at different paces. And those who work slowly can put out some pretty low quality horseshit books, too. I’ve read few.

I had planned to comment more on this post, however, I decided not to do that because it’s an opinion piece and the author of the post makes that clear in several places. But the one thing I would like to comment on is that I would like to see this need to label e-books as something different or unique from print books disappear. E-books are books just like print books are books. This need to differenciate between the two is getting tired.

I also think it’s going to be important for all authors who want to remain relevant in the future to figure out ways to keep reinventing themselves all the time. Publishing nowadays moves at a much faster pace than it did ten or twenty years ago. And in order to keep up with that pace it’s going to mean constant evolution for authors.

This post is also written by the author who wrote the post I linked to above. When I saw it listed on his side bar I couldn’t resist mentioning it. I just posted about this topic recently, once again, because I saw an author in the m/m genre in a video introducing himself with a pen name and it took me by surprise. I couldn’t figure out why he would do that (use a pen name), and I think the blog post I’m linking to now backs me up. I also mentioned a few of my own pen names, something I wouldn’t have done a few years ago.

The post I’m linking to here is a long one, but very interesting. He talks about why he’s going to use his own name now, and why he’s releasing back list titles that origianlly had pen names, with his own name.

It was a bit of work, but it was worth it to me. I can’t deny that maybe a little bit of ego was involved, too. So sue me. My name is my brand. I don’t know what that brand is, exactly, except I can tell you this: You may not like everything I write, but you’ll always get my best effort. I hope that’s enough.

I recently did this myself with several back list titles when e-publisher loveyoudivine.com shuttered its web site after many years in business last June and the rights reverted back to me. I had a few titles with them in different sub-genres and at the time we thought it would be best to use a pen name. I don’t see the point anymore, and I’ve released them with my own name this time. And I’m going to talk with one of my publishers about putting my own name on two books that have pen names.

You can read more here. As I said, it’s a long post, but worth checking out if you’re an author, especially if you’re already branded in one genre and you have a readership. Taking on a pen name is like taking on a completley new career. And unless there are obvious reasons, like with J.K.Rowling, I’m starting to think it’s pointless to do unless you truly want to take on a whole new career and distance yourself from everything you’ve done in the past. 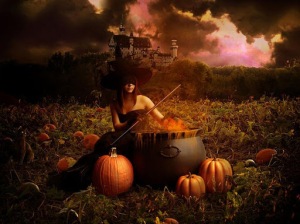 I’m always working about six months ahead of schedule. In other words, I don’t write Christmas stories or novels at Christmastime. I write them in the heat of summer, when it’s hard to even think about Christmas, so readers will have them by the end of November. It’s like this with all holiday themed fiction. And I think most writers do the same thing. But once in a while it’s nice to sit back and enjoy the season we’re in, too.

I love this photo. For some reason, it seems to capture what can be a ticky tacky holiday, like Halloween, and turn it into something mysterious and magical.

I just saw that THE GHOST AND MR. MOORE was released on ravenousromance.com today. I did a preview post for the book, and today I’m linking and adding the back cover copy. As I said in the preview post, there are a couple of interesting Halloween scenes in this one that take place in Provincetown, MA. And Halloween in P’town is a lot of fun, trust me.

When a famous child actor, Dexter Moore, leaves Hollywood and moves to Provincetown, MA, with his daughter and his longtime housekeeper, he doesn’t expect to find that his new house is haunted. And especially not with the ghost of a strong, virile young sea captain who looks like Hugh Jackman and makes love like no other living man Dexter has known.

But Dexter must deal with more important things than ghosts. He soon discovers that his ex-partner lost all his money in a bad investment and Dexter is forced to go back to work. So he reluctantly agrees to do an intrusive TV show, where he is followed with cameras for three months. If he doesn’t, he’ll have to sell his magnificent new home and move back to Hollywood.
In order to make the TV show more interesting, Dexter’s new best friend gets him involved in a heated town dispute. The new president of the chamber of commerce wants to cancel a town tradition and start something new, and half the town is against him. But Dexter doesn’t get involved with this for the TV show or ratings. He’s only interested in helping people and saving an important fundraiser from being canceled.

While all this is happening, Dexter slowly gets to know the ghost of handsome Captain Lang. He’s the only one who can see and hear Lang. They make passionate love together, they spend long hours talking about Dexter’s strong feelings, and they start working on a series of books about Captain Lang’s notorious adventures at sea that will ensure Dexter’s financial future. But when the books are finished and the two men finally admit they are in love, how will they reconcile their feelings with reality?