This link actually reminds me of something that happened to a friend of mine. In the 90’s a friend of mine was a dentist in Philadelphia. He lived full time in New Hope and commuted. Without going into a long story, someone spread a rumor that he had AIDS and his dental practice fell to pieces. He eventually had to stop practicing dentistry and he sued the person who spread the rumor for defamation. He wound up with a good seven figure settlement…but at what cost? He didn’t practice again for many years, and not until he moved to Palm Springs and became certified there. It took about three thousand miles to remove the stigma, and, he was NOT even HIV positive. All rumor.

So this news that’s happening in Italy doesn’t surprise me too much:

An Italian dentist is the victim of a leaflet campaign, informing his patients to be wary of him because he is gay.

Alessandro Bordoni, a gay rights activist based in Tuscany, has said they do not know who made up the ‘health warning’ notices but they plan on finding out.

‘Notice to patients,’ reads one of the leaflets, ‘a gay dentist works here, you are kindly asked to be careful and take the due precautions’.

You know what the underlying statement is there. Here’s the rest.

I hope they find out who started this.

HBO is taking the initiative to produce a film about the old film star, Montgomery Clift. He was a huge sensation in the 50’s, starring in some of the most classic films of that era, and was also one of the most tortured closeted gay men in the history of film.

The project began as an independent film but now has the corporate muscle of HBO behind it to bring it to fruition. The pay cable channel also brought the gay-themed Behind the Candelabra and The Normal Heart to the screen in recent years.

Deadline Hollywood reports that HBO has brought in The Love Is Strange duo of Ira Sachs and Mauricio Zacharias to rewrite a script by Christopher Lovick and Larry Moss is attached to direct.

Clift was a closeted gay man who struggled with his sexuality and what impact it would have on his career as a leading man.

You can read more here. There’s irony and justice with this one. I doubt Clift would ever have imagined that so many years later an openly gay actor who is actually getting parts in Hollywood and has a huge fanbase would be playing lead in his life story. The article goes on to talk about how this is changing in Hollywood…but not quite as fast as I think it should be changing. I think the list of closeted gay stars in Hollywood continues even now. And in some cases I actually don’t blame them.

It’s no surprise Kathy Griffin will be taking over for Joan Rivers on Fashion Police. TV is notorious for making bad choices like this. Look at who CNN replaced Larry King with. I guess in an attempt to prove herself Griffin is commenting now on how she’ll be different.

The comic told The Today Show this week that she will be similar to her mentor with her outspoken nature but will also have her own style. ‘I will continue, if nothing else, in her fearless style of taking no prisoners,’ she said.

‘But our styles were different. I’m a different human being, I’m more improvisational and I don’t know what I’m going to say and neither does anyone else on the panel.’

I’m not the best one to comment on this because I was a Joan Rivers fan, and because Kathy Griffin’s politics turned me off on her a long time ago. In fact, there’s nothing about Kathy Griffin I find funny except her face, hair, and make up. She reminds me of Ruth Buzzi without the bun, hairnet and Eleanor Roosevelt shoes…but trying to  quasi chic at the same time. And I can’t for the life of me understand why anyone would let someone with no fashion sense comment about fashion and expect to be taken seriously.

But it is what it is and I could be in the minority. I hope the show does well in spite of Griffin’s lack of style and humor. Frankly, I think Joan Rivers had Griffin around for a reason and that reason had nothing to do with Griffin being strong competition. Joan Rivers was a smart woman…because you can’t be funny and dumb. 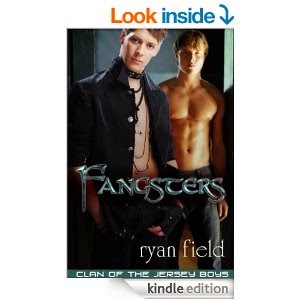