Its looks as if gay men are being objectified once again, but in a subtle way. Thankfully, this doesn’t happen in the majority of the m/m romance community. The majority of m/m authors and readers support gay men and the entire LGBTI community. This objectification only happens in certain small circles.

But when it happens it stings, and reminds me of how certain sentences would read if gay men were substituted with any other minority. Instead of ranting, I’ll just show. I apologize if anyone in the African American community is offended by this. That’s not the intention. It is not meant to be insulting. It is meant to SHOW how insulting this is when it happens to gay men.

Here’s a short example/quote, as it was published:

When I first started reading m/m I read a bit of “gay for you”.

Here’s the way it would read, hypothetically, if this were about African American Literature:

When I first started reading African American I read a bit of “black for you”.

I don’t think THAT would be part of Oprah’s Book Club.

Imagine if I were to substitute THIS one with African American References:

That comment screams racism. But somehow it’s okay to talk about gay men that way?

I wholeheartedly apologize to African Americans for using these examples. It’s not something I would EVER do. These quotes could be altered with any other minority.

You can read more here. But I highly suggest you avoid this web site if you’re looking for serious information about gay men or any form of gay literature.

Speaking of gay slurs, here’s a fascinating piece/video where a group of teens were asked to comment about the Jonah Hill controversy I posted about in early June where Hill used gay slurs in a fit of rage. And also to examine some of the homophobic terms and phrases that teens might use. Teens can be mean without realizing it, and by speaking openly about this it looks like they’re trying to change things.

When one girl, who admits to using ‘faggot’ and ‘that’s so gay’, has her mind opened, it will warm your heart.

The creators of the video, the Fine Brothers, usually showcase kids reacting in cute and silly ways to Internet memes and viral videos for their famous ‘Kids React’ series.

You can read more here and see the video. Gay slurs come in many forms, not just the dime store variety, so to speak.

In any event, there’s talk about a new film where Bomer might play Montgomery Clift, but only if it’s done right.

‘I have too much respect for Monty and Liz and that whole world and that whole generation of actors … we could do it tomorrow and make some salacious version of the story and that’s not what I’m interested in.’

Here’s a list of 11 children’s books all LGBTI families should have in their homes. It’s interesting to see because this is something so new most of us never would have thought of it. To be honest, it never crossed my radar.

But now this storytelling is coming out of the closet. Try these great children’s reads.

The Princes and The Treasure – Jeffrey A Miles, illustrated by JL Phillips
In this very modern fairy tale, two very dashing princes set off to rescue a princess… and unexpectedly fall in love with one another and get married. Author Jeffrey A Miles says he was inspired by the increase in same-sex marriage legislation around the world and a desire to write a fairy story that included a gay marriage.

You can check out the other ten here.

I think it would be educational to see heteronormative families share these books with their kids, too. Who doesn’t have a gay uncle, cousin, or neighbor these days? 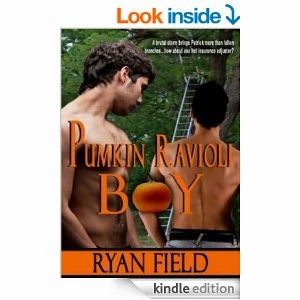 From an Amazon review:

It’s a good read.Another of those that make up the genre of short stories. The characters have little depth but emotions are tending to be real.