This one gutted me. I’ve posted about openly gay British MP, Chris Bryant, before and I’ve always liked him. He recently gave an interview where he disclosed that he’s been diagnosed with stage 3 cancer.

The MP has visible scars from where the melanoma was cut out from the side of his head in January.

Here’s a link to more. He’s remaining positive about the future, and his husband has been supporting him through it all. There’s a video, too. It’s very emotional.

Rock Hudson was known in Hollywood as gay, but he never came out in public during his lifetime. He lived a highly discreet life and the fact that he was gay was not revealed until after his death from AIDS in the 1980s. And he was not a gay icon during his lifetime. He was best known for his heteronormative roles in heteronormative romantic films. In short, he played it straight all his life. And he didn’t have a choice. If anyone had known he was gay back then, it would have ended his career and probably his life.

With that said, they’re doing a Rock Hudson biopic that’s based on a biography titled, All That Heaven Allows. It sounds as if it has promise.

By contrast, longtime friend Ronald Reagan–the sitting president at the time of Hudson’s death–all but abandoned him after his HIV-positive diagnosis became public, and released only a brief statement after Hudson’s death which didn’t even mention AIDS. Privately, the President and First Lady also refused to help Hudson receive any treatment for the disease.

You can read more about it, here. The quote above is true. Ronald Reagan never mentioned gay people or AIDS, not for 8 years as President. However, very few people did back then.

Here’s a good example of how some things haven’t changed all that much. A gay couple were in Naples, FL and they wanted a couple’s massage at a spa. They even paid for the couple’s massage in advance, online. However, when the manager found out they were gay, they were refused service.

Speaking to NBC2, Garcia explains: “I was like, ‘Why?’ He was like, ‘Cause it’s female and male,’ and he just kept pointing to a poster on the wall for couples massages.”

There’s a link to all this in full, here, and there’s a video of the whole encounter. I saw the video. They were, indeed, refused service. 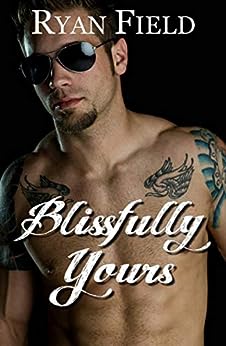