Matt Bomer recently filmed his last White Collar episode. He tweeted about it on Monday, thanking everyone as if they were family.

The show debuted in 2009 with a then little-known Bomer in the lead role of ex-con Neal Caffrey.

As a way of staying out of prison, Neal agrees to help the FBI catch other white collar criminals and works with an FBI agent played by Tim Dekay. Both Bomer and Dekay have appeared in all 86 episodes of the series which is having an abbreviated six-episode season six.

Bomer seems to have found that magic secret that most TV actors can’t find. He’s made the switch from TV to feature films in a relatively short amount of time, a lot like George Clooney did back in the 90’s.

I’ve been following Big Brother 16 mainly because I’ve been watching this show since it started a long time ago. And I’m not even a huge fan of “reality” TV because I don’t think there is such a thing. They’re all staged. And all this gay-baiting this season on Big Brother 16 is really starting to make me wonder. But, it is entertaining. I have to admit that. I’ve written scenes like this in romance novels never once intending it to be gay-baiting…where straight guys and gay guys almost get intimate, but they don’t.

This link is about Frankie and Cody snuggling up together when Zach isn’t around. Frankie is openly gay. Cody and Zach are a couple of butch straight dudes who seem to have taken this unusual liking to dear little Frankie. Of course the more Frankie snuggles with these two hot looking straight guys the more people watch and the more attention they get. In a way, it’s part of the Big Brother charm…for lack of a better word.

Frankie has previously been seen massaging Cody’s buttocks on more than one occasion but footage from the show’s live feed over the weekend shows a more intimate bond.

They cuddle in bed throughout a long conversation with two female contestants and as they cuddle, Frankie calls Cody ‘the most beautiful person I’ve ever met – inside and out.’

Cody says they will have to hang out after the game ends and the two talk about how Frankie lives right around the corner from where Cody’s brother once lived in New York City.

Of course one thing should be mentioned. They only go as far as a cuddle or a pat on the bottom in a playful way. There’s nothing romantic happening so far, at least not from what I’ve seen when the show airs. I should also mention that I watch the show because of the game in general. It’s fascinating to watch all these strangers come together in the same house, blocked from all communication, try to win a half million dollars and remain sane at the same time.

Side note: Cody, the straight one, has been an underwear model prior to this show.

Of course the headline to this link is overly exaggerated and I think most of us expect that crap by now from all online publications. They’ll tell you anything to get you to click a link. And this time it’s by baiting readers with Neil Patrick Harris doing a nude selfie, in partial make up.

The post-show selfie is what is getting the most attention because the star appears to be wearing nothing but fingernail polish and what is left of his make-up.

Here’s the link, but don’t get too excited. There’s no full frontal…or even an ass shot. Don’t get me wrong. I don’t care who poses nude or who takes a nude selfie, but I’d like to at least see a little ass if they’re saying that’s what they’re doing.

So he shaved. Selfies are now as boring as mushy lipstick & runny mascara! Pffffft!

I think selfies have run their course, too. The rest of the comments run along these lines. There’s a reason why most photo shoots like this are done professionally. This is also a tough one for me for another reason. Last fall Neil Patrick Harris posed with his husband and kids in a pumpkin patch photo around Halloween in what looked to be the perfect gay family, not to mention the most blatant form of assimilation I’ve seen in ages. In the photo I linked to above he looks as if he’s tripping out. What kind of WTF-ery is that? You can’t be Cher and Marcia Brady at the same time. You wind up looking stupid. 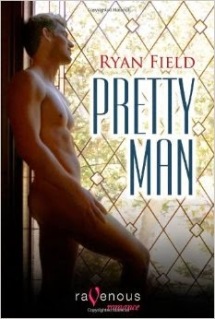