To clarify, a beard in this sense means a man or a woman who provides safety to someone who is gay and in the closet, so people will think they are straight. I went a Catholic high school and I knew one of the English teachers was gay, but closeted. He would show up at events with a woman on purpose so no one would ever question his sexuality. The woman was his beard. And it still happens today.

In any event, this article is about the guy who was Ellen Degeneres’ beard in the 90s back when she was still in the closet…because she had to be in the closet back then. In her defense, coming out wasn’t really an option in those days if you had a public profile. And to some extent these days, it still isn’t an option for many gay people, public or private.

My manager asked me to accompany her to events. She was scared people would not watch the show, Her sitcom Ellen, because she was gay. It was an honor. I grew up with two gay aunts and a gay uncle. My Aunt died of cancer. She was a proud woman and she didn’t get proper care because she didn’t want to be away from her partner. Hospitals didn’t allow partners the same rights as a spouse. When you have someone you love in your life that is gay or a lesbian it’s very clear that they deserve the same rights as anyone else. It’s not about religion. If you don’t love ELLEN now — you don’t watch her show. She’s a great example for the human race.

This is something that passes me by and I have been gay all of my life. I’ve never done crystal meth, and I’m not familiar with anyone gay who has done it. And I know a lot of gay people of all ages. So the title really should read “Some” Gay Men and Crystal Meth. Definitely not all.

We all know meth is bad news, but with use rising among gays in large cities and the proven fact that it’s the most damaging drug for people with HIV, why are people still using it?

You can read more here. I think this shows one thing in particular. How diverse the gay community really is.

When I first heard about this anti-gay attack on social media I was shocked to see it had happened in South Beach. I know for a fact that entire area in Florida is filled with gay people and it’s one of the places we usually always feel safe. In fact, it’s a destination point for many gay people. Many own second homes there.

But then this happened…

Jordan Schaeffer was the victim of a brutal gay bashing at a South Beach Burger King, and now he’s speaking out about his attack to CBS Miami.

After sharing a kiss with boyfriend Eric Danko, 25-year-old Schaeffer was brutally beaten by an assailant while an accomplice held his boyfriend at bay, and the attack was caught on surveillance footage:

You can check out this link for the details.  There’s a video of the incident, with images of him post attack, that show how brutal this really was. 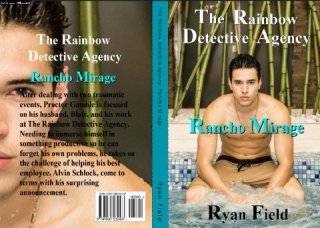