While he was part of One Direction, Malik claims that he was dealing with a few personal issues. His autobiography was just released and he discusses all this in detail. It’s kind of bittersweet when you think about the fact that while he was entertaining us he was going through all this.

It got quite serious, although at the time I didn’t recognize it for what it was.”
“Food was something I could control, so I did.”
“I had lost so much weight I had become ill. The workload and the pace of life on the road put together with the pressures and strains of everything going on within the band had badly affected my eating habits.”

He goes on to mention his anxiety, which you can read more about here.

It sounds as if he’s worked things out. I hope so.

I’ve been seeing a lot of this lately. And it bothers me a great deal. We all fall under the same umbrella of LGBTQ, and even if we’re not all the same, we have that in common.

He describes himself as “Asian,” “gay,” and “slightly effeminate.” And he wants to know why that’s so frowned upon.

Writing into Reddit, a man with the moniker silverkoss asks the community why he senses so much judgement and negativity simply on account of his personality and countenance.

It seems as though this sort of thing is happening at least once a week now. I never even heard of this guy.

We have a winner: Olympic gymnast and silver medalist Louis Smith is only the latest in an increasingly long line of male celebs to have their explicit footage appear online as if by sexy, arcane magic.

You can check that out here, where there is a NSFW link to the video. He was also suspended by British Gymnastics for a totally unrelated incident.

Chase of a Christmas Dream
On AllRomanceebooks.com 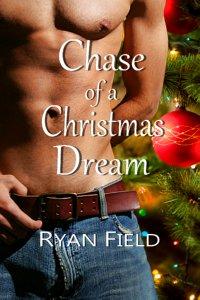 Here’s one review from Amazon. It’s not one of the five star reviews, but I don’t think I’ve ever released a book that didn’t get varied reviews. It’s supposed to be that way.

Format: Kindle Edition Verified Purchase
I liked this one the most in the series. Some of the ones before made me mad at times, but this one I liked. I wouldn’t mind ready more about these characters after this one.