It’s always interesting how so many older songs use the word gay in a different context. As in “bright and gay…” in the old song I’ll be seeing you. But I didn’t know there are gay Christmas songs…or as this article puts it “queer” songs. I think the main point for me with this is how words and communication tend to evolve over time.

Though holiday carols have been around for thousands of years, it wasn’t until recently that we finally had a batch of tunes that we could proudly call queer. Whether it’s because a song is being sung by an out artist or because of how campy it is, the tracks in the slideshow below comprise some of our favorites — some old, some new, some serious, some seriously ridiculous — to provide you with a soundtrack for all of your holiday activities.

This article was released a year ago, and I haven’t heard the word “queer” used quite as often by anyone in the gay community as I did last year or the year before that. I don’t know what that means and I’m not taking the time to find out. All I know is I don’t use it and neither do any of the gay people I know in RL. I don’t mind it and I understand it. But I don’t use it.

In case you happened to miss it, there’s a great new video out by Steven Grand for Christmas and he’s actually made it gay oriented with gay romance scenes. I’m almost ashamed to admit that seeing two men this way in a video, even though I’ve lived most of my adult this way in RL, is oddly shocking even to me. But that’s because we’re so used to seeing nothing but heteronormative romance scenes everywhere it’s become a novelty of sorts…at least for the time being. That’s going to change.

Trevor LaPaglia did not expect to expect to spend last weekend snuggling, kissing and hanging ornaments with Steve Grand.

But he did for Grand’s new holiday video All I Want For Christmas is You which hit YouTube on Monday (21 December) and had more than 90,000 views in its first 12 hours.

LaPaglia, 26, first met Grand a few years ago during the gay ski week event Elevation which is held each year at California’s Mammoth Lakes.

I think Grand is not only breaking ground, but he’s becoming a master at promotion. I also think that someday there are going to be an awful lot of old men in the nursing home named Trevor.

There’s a new miniseries coming to ABC that was written by Dustin Lance Black that focuses on the gay rights movement from Stonewall in 1969 to the present.

The team that brought a 2008 feature film about slain gay civil rights hero Harvey Milk to the screen is reuniting for a gay rights miniseries to air on ABC.

The network on Monday (21 December) officially greenlit When We Rise, an eight-hour miniseries written by Dustin lance Black who won the Academy Award for his screenplay for Milk.

Gus Van Sant, Oscar nominated for directing Milk, will direct the first two-hpur episode and Milk producer Bruce Cohen is on board to executive produce the miniseries with Black.

I can’t help but wonder how this will make out with ratings. The documentary I was in, The State of Marriage, was in the making for many years and it was timely for the story it told. However, it wasn’t released until after SCOTUS ruled on same sex marriage and I think that took some of the interest away from it. I haven’t even seen it yet and I was in it. And I can’t help but wonder if ABC isn’t going to suffer the same consequences with this miniseries. Of course the content is still relevant and will be forever, from a cultural POV. I’m just not sure if people are going to tune in the same way they might have tuned in four or five years ago.

The most interesting thing I’ve noticed with gay culture is that we seem to be assimilating into the mainstream these days far more…and faster…than any other minority I could name. Steve Grand’s video above is a good example of what I’m talking about. It’s gay content, but also about as heteronormative as it can get. And it’s what people want, or at least it seems to be.

You can check this out here.  The comments, so far, don’t sound too encouraging for this miniseries. I’ll definitely record it and watch it later on DVR. 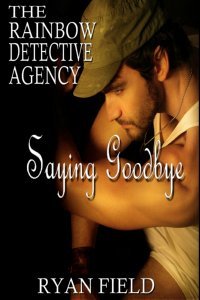