Side note: This is why I try to guide readers to smaller web sites where e-books are sold, and to publisher web sites.

As a big thank you to Amazon and KDP lending rules and exclusives (I HATE exclusives of any kind), I’ve asked Tony to also put another one of my previous Christmas novels up for free as well. I’ll post more details when I get them.

I read about a short story competition earlier today that will benefit people with autism. I like these competitions because they motivate writers to do things they normally wouldn’t do unless they were under contract with a publisher. Sometimes we need something as a motivational tool. This is a good example. You can read more here.

This Short Story competition is an amazing opportunity for new undiscovered writing talent to pursue their dreams of publication and contribute to a great cause.
All entrants will have their work judged by the internationally acclaimed authors Colin Bateman, Declan Burke, Lucille Redmond and Nathan Bransford

I have to smile when I read articles like this because they refer to Ricky Martin’s longtime partner, Carlos Gonzalez, as his “beau”…as if Martin and Gonzalez have been dating all this time. It’s the hetero norm most straights don’t get about gay couples, especially now that gay marriage is becoming legal in more places. Look at it this way, if Tony and I were to say we’ve been engaged for twenty-one years wouldn’t that sound a little stupid? Tony’s not my “beau” and I’m not his. Our “beau” days ended during the Clinton administration. And until things balance out and gay dating and engagements even up with straight couples I think words should be chosen with care.

This is where Ricky Martin would like to get married.

“I would get married,” he told King, according to Pink News. “There are many countries around the world where same-sex marriage is a right… yes, we could go to Spain and get married. We can go to Argentina and get married. But why do we have to go somewhere else? Why can’t I do it in my country where the laws are — you know, protecting me?”
Martin and Gonzalez, like Tony and me, can’t marry in the place where we live because Puerto Rico and the Commonwealth of Pennsylvania don’t recognize same sex marriage. That’s why we’re scheduled to get married this January in Vermont…not in Pennsylvania.
Side note two: The comment section in this article has something interesting I’ve never seen before. Evidently, Huff Po is trying to promote more civil discussion. In order to do this you have to link to a facebook account and verify. I wonder how many Huff Po users have FB accounts. Frankly, I’d never bother because I don’t like to mingle FB and Huff Po. This is what it says:
To promote more civil discussion and accountability in the Huffington Post community, beginning today, all of those who wish to make a comment will be asked to verify their HuffPost account. For further info and access to the verification process, click to continue. 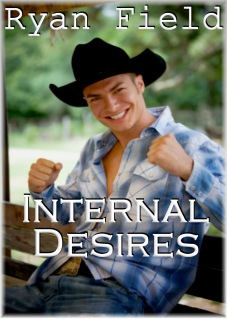 This past weekend I posted about my gay romance, Internal Desires, having issues with Amazon. And since the KDP select exclusive with Amazon recently expired around the same time, I decided to opt out of KDP select altogether put Internal Desires up on Allromanceebooks.com for free until Sunday night. I also wanted to do this for those who can’t attend the Gay Rom Lit conference in Atlanta this weekend because they have full time jobs, family obligations, or kids in school. Most of us don’t have the freedom to take off. So this is sort of a consolation prize you don’t have to do anything to receive, I’m not looking for anything in return, and it’s my way of saying thanks to the readers who are always there supporting me all year long.

I also think it’s really, REALLY important to support smaller retail web sites where e-books are sold, as well as supporting small publisher web sites where e-books are sold. I have personally been a customer of Allromanceebooks.com for years now, and I’ve never been disappointed with the customer service or the product. If you have never shopped at allromance before and you’re getting tired of the way larger retail web sites are treating you, here’s a chance to go over there and sign up now and get a book for free without having to enter any contests or sign up for any blog hops.

I’ll be distributing Internal Desires in as many places as I can, but it’s only free at ARe right now.

Here’s the link where you can get the e-book for free until Sunday night.