The other day I was on social media for a few minutes and I spotted an update on FB that made a claim that FB would be charging people to join on a monthly basis in November. At first, my instinct was to laugh because I don’t think I’d pay to be on FB even if they only charged a dollar a month…50 cents would be too much. The comment thread on the update grew fierce and I started to wonder if the article was true. I never forgot the time I shared an update about Marty McFly and Back to the Future that wasn’t true.

Ultimately, I did a check and the FB update about FB charging fees turned out to be a hoax that went viral, and it’s not the first time that’s happened with that topic. That same FB story has been going around for a couple of years. So when I spotted this article about naked Crossfit classes I got the same feeling I did about the FB update, and sure enough, fake, fake as ever.

Here’s the original article about naked Crossfit…which has never been updated.

A CrossFit gym called Spartan Mentality in Aarhus Denmark, is offering its gym-goers a nude CrossFit workout session on Sunday evenings, according to The Gaily Grind.

But then I found this article that claims it’s a hoax.

But sadly the news that a gym in Aarhus is offering these workouts, which is going viral as we speak, is no more real than that Terminator scene.

It all started with an article in the Gaily Grind yesterday (while the story is a hoax, that apparently exists) that was soon picked up by the Huffington Post and many, many more.

My point here is simple: beware of anything you see that sounds as if it’s too peculiar to be true. It probably is a hoax. And be even more careful about clicking links on any social media that sound as if they are too interesting to be true, you could wind up with a virus. I know people who have paid hundreds of dollars to tech people thanks to those links.

To be fair, Gaily Grind did update their article, stating it was all a hoax. You can read that here.

Now if we could only get a few bloggers in romanceland to stop printing hearsay.

I actually watched this unfold on my local Philadelphia news station this evening, and I felt almost the same way I did when I watched NJ Governor, Jim McGreevey, come out on TV during a press conference years ago. Only this time Sen. Ferlo came out with a smile on his face, without a hint of shame, and there wasn’t a hint of defense on his part. I honestly never thought I would see that come to pass in my lifetime.

Flanked by members of Philadelphia’s LGBT community and out Rep. Brian Sims, Ferlo told a crowd of LGBT supporters that “hundreds of people know I’m gay. I just never made an official declaration.”
Speaking for the first time as Pennsylvania’s first openly gay senator, Ferlo added: “I never felt I had to wear a billboard on my forehead. But I’m gay. Get over it. I love it. It’s a great life.”
For those of you who haven’t come out yet, that just about says it all.
You can read more here. Ferlo and others were fighting to push Senate Bill 42 and House Bill 177 in order to get protection for LGBT people who are not protected under state hate crime laws as they stand. This is all in direct response to the gay bashing that recently took place in Philadelphia…
Today, six days after assailants in the crime were identified, there have been no arrests made. We’ve been reporting that even when if they are, they will not be hate-related as the state’s current hate crime law does not recognize hate crimes as LGBT-inclusive.

District Attorney Seth Williams said Tuesday that charges have been approved for three of them, 24-year-olds Philip Williams and Katherine Knott and 26-year-old Kevin Harrigan, all of suburban Bucks County.

“This vicious attack shocked the entire country. An assault on people because of their sexual orientation has no place in Philadelphia,” the district attorney said in a statement.
The rest is here.
Naked Warwick Rowers
There’s a new crowdfund video out with the naked Warwick Rowers that everyone’s talking about.
Not only are these Grecian statues absurdly easy on the eyes, their annual calendar raises money to combat homophobia in sports. So double win.
You can check out the video here. It’s a little lame because the TV people say dumb things, as usual. But still worthy of a glance, so to speak.
5 Rimming Tips

1. Clean out your ass. It is important to shower before getting your can canoodled. Stick a wet finger into your anus to eliminate fecal remnants from your pucker, or you can use an enema for a thorough rectal rinsing.

Now doesn’t that sound inviting? Well, the rest are even more interesting. Sorry, it’s just not something I’m into and I don’t even use it in sex scenes in books too often. I have done it, but it’s never easy to write because I’m holding my nose for the character performing the act in the book.

But, there are a few more tips, in addition to the first five and I don’t want to be remiss. This list is about the best position for the receiver:

1. Sit on your partners face. (and smile)

8. Suspending yourself upside down, open your legs in a V formation. (just be careful)

And here are a few tips for the giver:

1. Use your breath. Blow warm air onto the anus and the skin surrounding it, or just hover above and breathe against it.

Just to be clear, this is not blowing smoke up someone’s ass. That’s a metaphor. What they’re talking about is real. 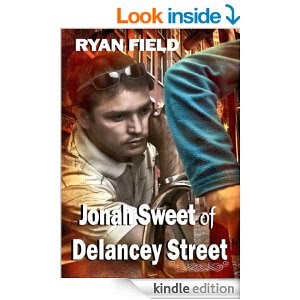