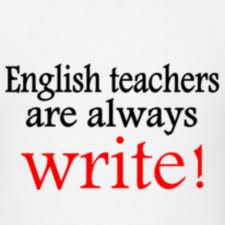 I said yesterday that I’d write a short post where I think reviews tend to be different from retail web sites like Amazon and goodreads.

First, I don’t know why this is.

Second, I could be wrong. Mabye the reviews aren’t any different.

Third, I own two Kobo e-readers and I do a great deal of shopping on Kobo. What I have seen are good honest reviews…and I’m not talking about good reviews in the sense of stellar raves for books. I’ve seen my share of negative reviews there, too. The voices of those reviews sound honest to me. And, I tend to see less of this on Kobo and B&N: ten five star reviews and ten one star reviews for each book.

Again, I don’t know why this is and I could be wrong. There might not be anything to it and maybe it’s just my personal preference.

I’ve heard some claim this might be true because Amazon is the equivalent of a low-end retail flea market compared to other retail web sites. In the real world retail shops are set apart by the prices, the kind of environment they create, and the kind of merchandise they sell. I owned a gallery for ten years where I had some items priced at twenty-five dollars. But for the most part my price point average was $200.00 and up. And that’s because I was representing artists and it was my job to sell their work. In a small boutique you can’t depend on low end volume sales, you can only depend on high end item sales if you’re going to stay in business for longer than six months.

So are B&N and Kobo considered higher end retail web sites? I can’t answer that question either.

But I can say this. I didn’t begin above sentences by using the words “Firstly and Secondly.” I was trained to avoid those words. I know there is a mild debate over this, but I stick with the way I was taught by competent English professors who spent their lives studying and teaching English.

Last, (not lastly) here’s a link to Random House that explains this debate about first and firstly in more detail.

Granted that neither first nor firstly is a hanging offense, even professional lexicographers may have a personal preference. I happen to think your repeated deletions of -ly represent time well spent. Partly this is a matter of consistency: I can’t imagine anyone saying “eleventhly” or “seventeenthly”–and even those who do use “firstly” in enumerations would never use it in any other adverbial context (“The Smyths arrived at the party firstly and left lastly?”). But perhaps another reason to avoid firstly and secondly is that they resemble hypercorrections–inappropriate forms substituted for perfectly good ones, out of a desire to sound especially correct.