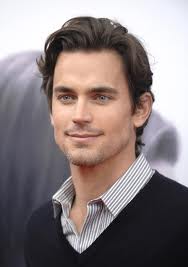 This is entertaining: more Fifty Shades of Grey drama. And, Hollywoodfail at its best some might say. The latest talk about openly gay actor Matt Bomer playing Christian in the film version of Fifty Shades of Grey has nothing to do with him being gay, so they say. Now they are claiming he’s too old…or will be by the time they film the last in the FS trilogy.

According to Fifty Shades Casting, Matt Bomer “is honestly,…too old. He’s 35 and will be 40 by the 3rd movie. The films producers might feel the same way since the suave sadistic Christian is supposed to be only twenty-seven years old when the trilogy begins. Of course, what makes all this problematic is that Ian Somerhalder is only two years younger than Bomer.”
I love the way they say “honestly.” Never trust anyone who says that…grandma taught me that one. For those who don’t know Ian Somerhalder is another possible choice for Christian.

But I’m still pulling for Matt Bomer to be Christian, and for a variety of reasons. One, I just see Bomer as Christian. I know that makes no sense, but that’s what I see. Two, I want to see an openly gay man play a hugely popular straight role just like I’ve seen straight actors play gay roles all my life in films like “Brokeback Mountain.” It’s one of the reasons I’ve parodied so many mainstream straight romance films in erotic romance books. Three, I think he would be a bigger draw at the box office just to see how he plays the part. Four, from what I’ve heard women want to see Bomer play Christian and that’s going to be the target audience for this film.

I’m sorry, but this asshatery about Bomer being too old to play Christian doesn’t even make sense. Especially when you consider that Ian Somerhalder is only two years younger than Bomer. So how can that be justified? They allegedly say that Bomer will be too old to play Christian in the last film. According to the piece I linked to above, he’s 35 now and he’ll be 40 in the final film, which means that Somerhalder is 33 now and he’ll be 38. I don’t know about anyone else, but I don’t find a two year age difference all that significant. Hell, at various times in my life I’ve exaggerated my age when I felt like doing it. Usually shaving about five years. And I don’t give a damn what anyone thinks. My grandmother also taught me that years ago and she gave me permission to do it with a smile.

Not to mention that Bomer actually looks more like 28 than 35 right now. If you compare the photos of Bomer and Somerhalder, they look like twins. I actually forget Christian’s exact age, but as I recall he’s in his late twenties in the book. I’m sure that when Bomer is 40 he’ll look more like he’s in his early 30’s. But more than that, Hollywood has been notorious for older actors and actresses playing younger parts for years. Mary Tyler Moore claimed she was 30 in The Mary Tyler Moore Show, when in reality she was much older. She pulled it off, and damn well. Lucille ball was actually in her early forties when I Love Lucy aired and her character was only in her early thirties. And though I love Merle Streep, I’ve seen her play more than a few parts where she really stretched the age thing a little more than she should have. But, all in all, she was great in each film in spite of this.

So “casting” can just keep that excuse about Matt Bomer being too old to play the part of Christian. Hell, even the President of the US is around 50 and he looks more like he’s around 40. So this age deal is not working for me. And I think whoever “casting” is with FSoG needs to come up with something more creative if they don’t want Bomer to play Christian than claming he’s too old.

A lot of people don’t know about the history behind FSoG. I like/love the book, and I thought it was written well. But there’s been a lot of controversy. The fact remains that FSoG is based on Twilight fanfic, and I never thought I’d see the day fanfic of any kind would become this popular, make this much money, and cause such mixed reactions. So the book is not without controversy. You don’t read about this in the mainstream because most don’t even know it. And I would hate to see the film add yet another layer of controversy by making lame excuses that openly gay actor Matt Bomer is too old. “Honestly.” Because I don’t think anyone’s going to believe that one. And, what they are really doing here is setting a standard for all other actors and actresses if this is what they are claiming. I think Brad Pitt is just turning 50 this year. I don’t think he’d have a problem playing a 40 year old. And the same goes for hundreds of other actors and actresses.