Mark Zuckerberg is defending the “real names” policy on facebook and claiming that it doesn’t have an impact on trans people. At least I think that’s what he saying. You never really do know in this case. There’s nothing clear at all about this entire topic.

The trans community has reacted with disbelief, with many accusing Zuckerberg of lying.

In a public Q&A on his Facebook page, Zuckerberg suggested Facebook’s policy had been misinterpreted in some cases. Claiming that the aim was to increase security for marginalized communities and make it easier for individuals to connect with friends, he said: ‘There is some confusion about what our policy actually is.

‘Real name does not mean your legal name. Your real name is whatever you go by and what your friends call you. If your friends all call you by a nickname and you want to use that name on Facebook, you should be able to do that.

I think Zuckerberg basically comes from the same world I do. A world where people don’t hide who they are…unless they have something to hide. When my mom was dying of pancreatic cancer last year I joined a private facebook group that was inclusive to people who either have had Whipple surgery, were going to have Whipple surgery, or to the caregivers with friends and relatives dealing with Whipple surgery. It was an extremely helpful group for me as a caregiver, and refreshing to know everyone in the group used their real names.

There is a great deal of abuse on Facebook regarding names. There’s this one guy who is known for abusive political hate speech and I’ve blocked him several times, only to have him show up again with another fake name, only to block him again. And while that does make it unfortunate for the people who don’t use real names for valid reasons, I’m not sure there’s a simple way to deal with this issue of online anonymity and how online anonymity is often abused. I’m not against anyone using a fake name with good intentions. And I’m not talking about authors using pen names right now. It’s just hard to figure out a person’s intentions.

And don’t forget about THAT blogger who duped her entire readership, and private group members, for years by using a fake identity all over social media.

And please don’t read between the lines here. I’m not singling anyone out for using a fake name or a pen name. I’m just saying that it’s an issue on all social media and like everything else it depends on how it’s done.

Side note: If you are dealing with anything Whipple surgery or pancreatic cancer related I highly suggest you check out Facebook’s “Whipple Warriors” private group.

Neil Patrick Harris has definitely broken the proverbial glass ceiling for gay male actors and he knows it. He claims that most of his parts have been straight in spite of his being openly gay, and that the way society has shifted has empowered him professionally. I think this is huge for gay authors, too.

With the exception of his role as a transgender punk rocker in Broadway’s Hedwig and the Angry Inch, Harris continues to play heterosexual roles while being in a high-profile marriage to actor David Burtka and raising their twins Gideon and Harper.

‘That’s been empowering to others, and certainly to me, that I can tweet pictures of my husband and my kids,’ he says. ‘I can make out with David at the Tonys. And I can still play opposite Rosamund Pike in a movie, and have sex with her, and people aren’t conflicted.

‘I think it speaks to society’s shift in what they deem important.’

Again, this is huge for all gay people. I hope it continues, especially for authors. I’ve noticed several gay male authors moving into mainstream romance genres and completely backing away from m/m romance. There’s no law that states just because you’re gay means you can only write gay fiction.

This article questions whether or not Michael Sam is still with his fiance. It’s pure clickbait, and it’s trashy journalism at best. But I’m curious about all things in the world and I can’t imagine anyone breaking up with Michael Sam.

The pair, who began dating in 2011 while the pair were studying at the University of Missouri, has reportedly deleted all of his Instagram photos of the pair.

This includes the one of them getting engaged atop St Petersburg Basilica in the Vatican City back in January, according to TMZ.

Cammisano also posted a vlog last week on YouTube, where he was seen not wearing his engagement ring.

The rest is here. Not much to go on, and neither Sam nor the fiance were available to comment.You get it. Speculation for clickbait. 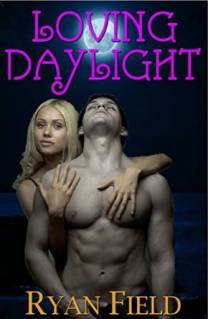