Category: Erotica is larger than life 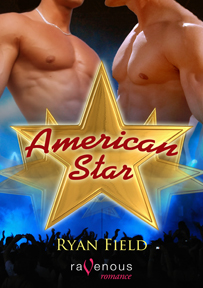 I remember seeing an old movie once where the female main character seduced the male main character with a large bowl of ice. It was a film based on a bestseller by a well known romance author. I’m not going into detail because this blog is not rated X, but I never forgot that scene. This all happened during a tender love scene, with partial nudity, and the film was rated R. I’m sure the intent was both romantic and erotic, but I couldn’t help wondering how uncomfortable it would be if it happened to someone in real life. Personally, I wouldn’t want my expensive dry clean only bedding soaked with ice, and it’s not something I’d enjoy in real life with cheap sheets either. We even laughed about this ice scene on the way home from the theater.
But in spite of our laughter, the scene worked. It fit within the context of the storyline, which is what they wanted to achieve. And without the ice, as outrageous and weird as it was, this would have been just another dull, cliched sex scene like all the others. It was, truly, unforgettable.
In AMERICAN STAR, which is a satirical erotic romance based loosely on the TV show American Idol, I refer to a certain body part of one character as a roll of paper towels. This character is extremely well endowed and the other is shocked to find out how well endowed he is. I set the scene up carefully so the reader will understand this is supposed to be funny and shocking instead of serious. I’m not the talented John Waters, but when I was writing it I wanted the scene and the body part to be larger than life. And, most important, I wanted the reader to laugh. And if a reader doesn’t laugh when he or she reads this scene, there’s something wrong.
I’m going to post an excerpt below from AMERICAN STAR, to show how I set the “roll of paper towels” scene up. I’ve censored a few words for this blog, but the point is still there. It’s the first time poor Terrence is intimate with Jude, and he’s about to get the shock of his life. They are just beginning to explore the possibilites of falling in love, and Jude is terrifed that he’ll scare Terrence away with his well kept secret.
Jude smiled, and then he squeezed Terrence’s thigh a few times. He whispered softly, “I have a problem I should warn you about first, man. I mean, I really want to do this…you’re hot…but there’s something you should know first.”
“A problem?”
Jude took a deep breath and said, “I have a mutant penis.”
“Huh?”
“A mutant penis,” Jude said, still whispering, “It’s not deformed or anything. I’m not carrying a freak flag. It’s just over-sized; really big. Most guys run out the door when they see it. My last boyfriend just couldn’t handle it and that’s one of the reasons why we broke up.”
Terrence looked down at the bulge between Jude’s legs and pressed his lips together. He was used to Kevin’s size, and that certainly wasn’t small. And he had a good eight inches himself. How bad could it be? So he said, “Just relax and pull down your zipper, Jude. I promise I won’t run out the door screaming.”