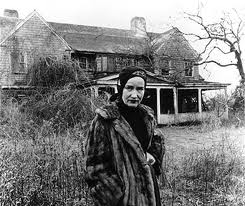 When I tuned into the newest TV show revolving around gay characters last night I wasn’t expecting much. To be completely honest, I’ve come to expect the typical, like the gay couple on Modern Family or a character who is some middle aged divorced woman’s best gay friend. Nothing wrong with either of these examples if done well, but it does seem to me that the mainstream public loves to watch limp-wristed gay men lisp and flit nowadays as much as they used to enjoy watching that hideous old stereotype where people of African descent tap dance in Shirley Temple movies.

Maybe were are evolving, because I finally felt as if I could relate to the characters in The New Normal last night. There seemed to be a balance this time I don’t see often. It’s usually all about the dark depressing emo types or Perez Hilton types. But the gay couple on which TNN revolves around were examples of gay couples I know in real life, and gay couples to which I could relate. And after a lifetime of not seeing anything like this, it’s nice to be indulged for a change.

Bryan (Andrew Rannells) and David (Justin Bartha) are a happy Los Angeles couple, with successful careers. The only thing missing in their relationship is a baby. They meet Goldie (Georgia King), a single mother and waitress from the Midwest, who has moved to L.A. with
her eight-year-old daughter Shania (Bebe Wood). Jane (Ellen Barkin), Goldie’s grandmother, follows her family to the city against her grandaughter’s wishes. Goldie decides to become
Bryan and David’s surrogate, and naturally, her family gets involved..[5]

I know it sounds as if it’s stereotypical from this blurb. They live in LA, they have successful careers, blah, blah, blah. But I have to admit that there was a normal balance between them. One is a doctor and no one would even know he’s gay just by looking at him. The other is clearly gay and makes no apologies for it. It’s not only a good example of how opposites do attract in real life and in fiction, but also a good example of how gay couples find this balance and don’t even know it sometimes. In almost every single successful gay relationship I’ve ever seen, this balance is always there. In other words, you won’t see a relationship with two bottoms last very long unless they’ve become codependent on each other and it’s to late to change…that I have seen more than once.

There’s even a little kid who mimics “Little Edie” from Grey Gardens. And she does a great job. When she says, “Mother darling,” you’d swear the real Edie Beale was in the room.

It’s funny, too. The scene where they go out to a bar to recapture their youths was not only real, it’s a great example of how different established gay couples are from the single gay people we see all the time. And again, it’s nice to see a difference.

If you haven’t seen or heard about The New Normal, you can find out more about it here at the NBC web site. There’s a clip and more than a few photos.

I only hope the writers keep the characters and the storyline flowing the way it is now. I’ve seen shows like this start out with great potential and then slip into the same old gay guy on Sex and the City pattern. What I would really find seriously interesting would be to see the writers actually write in a gay character who isn’t a left wing liberal Democrat like so many gay men I know. Now that would truly be a novelty we’ve never seen before.