As I explained earlier this week in a post, I’m in the process of releasing all of my indie e-book titles as print books. I’m doing this for the readers who don’t read e-books. So now people have a choice…either print paperbacks or e-books.

Below are two links for purchasing paperback copies of Meadows Are Not Forever. One is Amazon and the other is Create Space.

I’ll continue to post more links as I get them for other books going to print.

And please don’t take this as a sign that I think e-books are disappearing. I honestly don’t think that. I would never give up my own e-reading devices. Never. Not even for chocolate. I just think now that the boom is over and everything has settled a little the lines between who reads print vs. who reads e-books are clearly drawn…for now anyway. This is me offering everyone a choice now. 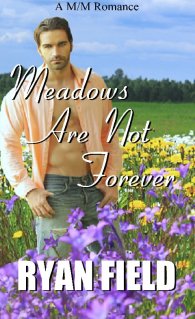 For the life of me I’ll never get why anyone is referred to as a “gay icon.” I like Patti LaBelle and her music. I live in New Hope, Bucks County, PA, in the Philadelphia news market and I’ve been hearing about Patti Labelle and her pie all week on the local news.

And this is a wonderful story.

I truly just don’t get the “gay icon” thing…and I’m gay!!  There’s something about the entire gay icon thing that sounds so degrading, and I’m not even sure if that’s the right way to explain it. I have to post about this sooner or later.

In any event, some guy I never heard of went to Youtube and posted a video of how much he loves eating Labelle’s pie. Evidently, you can get LaBelle’s pie in WalMart. He garnered tons of hits for being outrageous and as a show of gratitude LaBelle invited the guy to her home on Thanksgiving Day. This is the best PR LaBelle (and her pie) has had in years.

Meanwhile WalMart, where the pies are sold exclusively, the pies are selling so briskly that the retailer cannot keep them in stock.

Grammy winner LaBelle, who has long had legions of gay fans, initially had called Wright to thank him for his video. Then she did one better by inviting the Los Angeles-based entertainer to her home in Philadelphia for Thanksgiving dinner.

So there you are. I don’t eat pie of any kind and I’ve never been to WalMart either. Maybe I should turn in my gay card because I can’t figure this one out for the life of me.

I think I remember posting about these guys a year ago. They came out to their father online and there was a video and it went viral. This is a follow up.

‘It’s been a whirlwind,’ Aaron said during a recent chat the twins had with Gay Star News.

‘It’s definitely been an incredible experience. I remember when we first got to Hollywood and we first started this career, everyone was telling us to stay hush-hush about our sexuality. To come full circle and be in the industry and be working and be completely out and proud as a young person is really liberating and exciting for our future.’

You can read the rest here. They seem like a couple of nice guys and I’m glad they are doing what they are doing. The comment about staying quiet about their sexuality is interesting, too. I think there are lines being drawn in this case. Younger gay men in Hollywood seem to be coming out more often than not, where anyone older than 35 is still cautious about it for career reasons. And I don’t blame them for that. People have bills to pay…even gay people.

Here’s a link for Allromanceebooks…