A bar owner in London received an e-mail from an internationally known car dealership who had booked a Christmas party there. In the e-mail the dealership asked if the bar was gay, because some of their guests might object because it’s against their religion. It’s all in quotes with the following link.

“We have our Christmas staff party booked for next Friday at Proud.”
“Some of our staff have been told that proud is a Gay bar, is that correct? We need to know as it’s against some people religion so we will need to make them aware.”

It’s actually NOT a gay bar, but the way the bar owner responded is about as good as it gets:

You can read the rest here, with the actual e-mail exchange.  That’s what I call getting real support from the straight community. In the e-mail they blocked out the car dealership, but I’m curious now to know who they are. I would have blocked it out, too, because I believe e-mail exchanges are private…no matter how repulsive the e-mail is. Yet in this case I’d like to know. Cars aren’t cheap.

This topic always makes me wonder. I run every morning, in all weather all year long, about four to five miles each day. I do this for many reasons, one of which is that I like the health benefits and the way I feel afterward. I also work out with free weights in a small home gym, and I have a treadmill for bad weather or when I don’t have time to go out and run.  So if it’s that simple, and I don’t have to pay anyone to do this, I can’t understand for the life of me why anyone would hire a personal trainer unless they really wanted to have that ripped, cut steroid body of a male sex worker.

Time and again I have seen friends pay hundreds of dollars a month to a personal trainer who basically has a high school degree and paid for a certificate online. After months…sometimes years…of working with these personal trainers my friends don’t look any different, haven’t lost a pound, and are out thousands of dollars for the experience. And yet they continue to do it. I get the motivation part. I understand that some people need to be motivated. But when does a certain amount of reality set in? And where do the ethics of personal trainers come into play?

In any event, here’s an article about hiring a personal trainer. I’m really not totally against it. I just see too much sometimes. Like this: a seventy year old gay man paying a 25 year old trainer five hundred a month, plus other “expenses?”

Honesty. While any personal trainer worth his or her fee is well versed in anatomy, kinesiology, exercise physiology, nutrition — and some light psychotherapy, let’s be real here — no one person can know everything. An honest trainer has no problem saying, “I don’t know, but I can do some research and find out” (a critical addition occurring after “but”), even when he or she could easily BS a technical-sounding answer. Likewise, an honest (good) trainer will set realistic expectations; you won’t hear him or her promising “four percent body fat in four days and biceps that could poke your eye out!

I don’t even know what to say about that. I’m sure there are some excellent, qualified personal trainers out there and I apologize ahead of time if I’ve insulted them. I also know that some people have physical conditions that require special therapy with a legit trainer. I’m not talking about that. I’m talking about the hot cool dude at the local gym. And I have never met one in any of the gyms I’ve checked out who ever really got spectacular results with anyone they took money from. Never once. I guess it’s just something I don’t get and never will.

I will say there is a comment on the thread that explains why people hire personal trainers. I don’t get it personally, but I’m sure it’s a valid reason and I’m not trying to dispute that. It seems to be about motivation. Maybe a good licensed counselor or nutritionist might be money well spent?

I’ve been following this one all week on Twitter. I’ve posted about Facebook co-founder, Sean Eldridge, and his loss at the polls this past November. He took a few bad hits from the press I didn’t think were fair, because that’s what the press does. He’s openly gay, and his husband, Chris Hughes, is the owner of the ultra liberal New Republic and Hughes is taking heat now from disgruntled journalists…and I use the term journalist lightly because there’s very little objectivity in what these old time liberal people do. They are the kind of people who bow and curtsy to a Kennedy, as if we’re living in a monarchy and a Kennedy were royalty. I’m also not too thrilled with the heat Chris Hughes is now getting for the changes…valid relevant business choices…he’s making at The New Republic.

This is rich. Go ahead, “journalists,” blame Hughes for being a smart businessperson.

The dismissal of Foer was just one part of the changes taking place. The magazine will be cutting its print schedule from 20 issues a year to 10 and moving the bulk of its operations to New York from D.C.

And this is even better.

Hughes’ greatest sin is that he has never been a member of the club. He brings a Silicon Valley sensibility to his work. He’s never really tried to make himself part of The Village, that closed circle of the D.C. elite that fancies itself the repository of all wisdom. As Bloomberg political columnist David Weigel notes, “The knives were out for Chris Hughes from his first weeks.”

Hughes’ biggest sin seems to be that he is looking at The New Republic as a business and not a charity. He certainly has the money to keeping sinking into the magazine as a kind of non-profit project, and no doubt many of his current critics would have been happy if he kept signing big checks and kept silent.

From the way it all sounds to me, Hughes is going up against the proverbial old boys of DC journalism who haven’t been keeping up, or have been resisting the constant changes the rest of us have been embracing. They blame this on Hughes being young. I don’t buy that. I blame it on the old boys not getting how fast the world is moving and for clinging to dated system they’ve been milking for too long. And I think it’s going to be interesting to see the changes Hughes is making, and how he’s going to push all this forward.

I’ve only touched on a few topics with this. There is more here.

Here’s an article about massive resignations at The New Republic after the editor was fired. Read the comments, too. Interesting material. I just hope those who resigned have a nest egg somewhere, because it’s not easy getting any jobs in publishing these days…unless you’re fond of writing advertorials. You don’t see them doing this over at Huff Po. And Arianna Huffington doesn’t even pay half of her contributors. 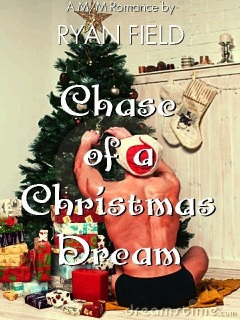