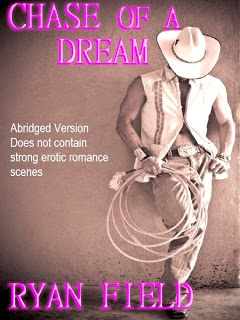 Author Orson Scott Card recently made headlines again when he issued a plea to those who plan to boycott the film version of his book, Ender’s Game…I guess in reply to all the anti-gay comments he’s made in the past.

What many of my readers might not know is that Orson Scott Card is a member of the National Organization of Marriage, NOM, that has been fighting same sex marriage for many years. I’ve posted about this a few times.

I was going to share this FB post about how NOM (National Organization for Marriage) works against marriage equality in a Huff Po piece written by former Presidential candidate, Fred Karger, but then decided to post it here on the blog because I’d like it to get more exposure.

Since I wrote that post, and others like it, Karger has continued to work hard to help in the fight for equality. He also made history in the last Presidential election as the first openly gay candidate ever to run for President.

In any event, NOM is not the only part of Orson Scott Card’s anti-gay history. You can read more about his anti-gay history here. And if you do the simplest search with his name you’ll be directed to many others. He’s never hidden how he feels about his beliefs.

In this article he makes a statement that almost sounds like a combination of bitterness, arrogance and begging at the same time. I think I even heard an “I dare you,” somewhere between the lines. But I could be wrong about that.

With the recent Supreme Court ruling, the gay marriage issue becomes moot. The Full Faith and Credit clause of the Constitution will, sooner or later, give legal force in every state to any marriage contract recognized by any other state.

Now it will be interesting to see whether the victorious proponents of gay marriage will show tolerance toward those who disagreed with them when the issue was still in dispute.

As a resident of Pennsylvania where gay marriage is NOT legal, and as someone who has been with his partner for over twenty years, I know for a fact that I’m not at the same level of equality as those who live in states where gay marriage IS legal even with the recent supreme court ruling. I’ve posted about this, too.

But I honestly don’t know how to get that point across any clearer, as things stand right now as I write this post. Yes, the ruling was historic and it brought us all one step closer to full equality. Yes, I’m thrilled it happened and I’m thrilled for same sex couples who live in states where they are fortunate enough to be recognized. However, Tony and I, and millions of other gay couples in this country, are basically still screwed and we are still outlaws.

The bottom line is that Orson Scott Card wants us to forgive and forget, to go see the movie about his book, and he clearly thinks the gay dollar must have some significance. You can choose for yourselves. I won’t be running to the local theater any time soon for Ender’s Game. This isn’t about tolerance. I have no problem tolerating Orson Scott Card, and I have no problem respecting his beliefs and opinions, or his right to free speech. But I do NOT have to support him, or anyone associated with him, financially.