I always wonder what these people are thinking when they do things like this…or if they are even thinking at all. It’s such a creepy thing to do. It makes me want to look around first before I use any public rest room.

A Dallas firefighter, Craig Lawrence, was recently let go for installing a hidden camera in the public restroom of the fire station. According to this article, this particular station is located in a gay neighborhood. But aside from all that, everyone can use that bathroom, including the families of firefighters.

When the station’s fire chief later discovered the camera and confronted Lawrence about it, Lawrence “allegedly ‘exhibited nervous behavior’ and apologized to several fellow firefighters.”

Here’s a link. The President of the Dallas Firefighters Association left a very strong statement.

For anyone who thinks hate still doesn’t exist, this should open your eyes. Kansas lawmakers are now backing two bills. One bill would stop Kansas from recognizing same sex marriage, and wait until you see what the other bill says.

Moreover, another bill aims to establish heterosexual marriage as an ‘elevated marriage’ option for those couples who seek a ‘higher standard of commitment.’

You can check this one out, here. It gets even more vicious, but the LGBTQ group, Equality Kansas, made a statement.  I always feel bad for LGBTQ people who live in places like this. We all have to deal with discrimination and hate at times, but the people in Kansas can’t have is easy. 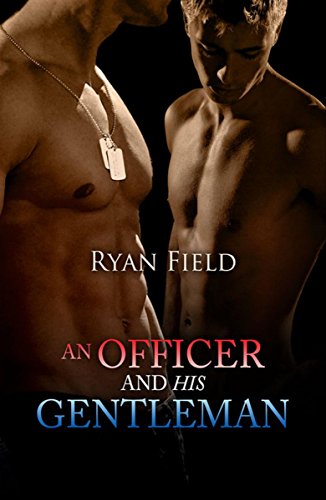 Chance Martin, who dreams of becoming a chef on the Food Network, works at a grocery store for a quirky old man who gives him free room and board as long as he walks around naked when the store is closed. But Chance is only interested in cooking, until an attractive stranger walks into the market one morning.Brody Johnston, bad boy naval officer on extended leave from his post in Europe, can’t take his eyes off innocent Chance’s round buttocks and smooth legs, and is determined to get to know him better. So when the old man goes to bed, Chance sneaks out to meet Brody and discovers his talents in the bedroom rival his talents in the kitchen. Though they are complete opposites, Chance is ready to submit to all of Brody’s sexual kinks and desires, but it never occurs to him they might actually fall in love with each other.As Chance fights to live his dream as a chef, and Brody wrestles with the opportunities and limitations imposed by the military, will they be able to find happiness in each other’s arms?