Singer, Sinitta, is making a comeback and re-launching her mother’s (Miquel Brown) hit single, So Many Men So Little Time, and will be singing it at London’s Pride Festival. It’s her first release in about 20 years.

It was long overdue to get back in the studio. So Many Men just seemed like the perfect choice, it is a kind of song to break the ice and I’m looking forward to singing it for the first time at London Pride.

‘I’m also working on an album of new material and now that I’m back the creative juices are flowing.’

There’s something about that song. It’s like Dancing Queen. The instant it begins the dance floor fills, the shirts come off, and the arms go up in the air.

You can read more here. I think she has a hit.

Actor Shia LaBeouf allegedly went a little batshit crazy at a cabaret club and was arrested for creating a disturbance in several different ways.

He allegedly spat at the cops and said this:

‘I have millions and millions of dollars and attorneys,’ he allegedly added. ‘I’m going to ruin your career! Fag!’

I don’t have a clue as to who this man is and don’t care. I didn’t even feel like spelling his name right. But I do find it interesting every time I see how simple it is for straight males to use this word so offhandedly. It’s part of their culture to a certain extent. And they don’t even realize how offensive it actually is.

Speaking of the fag word, actor Gary Oldman recently called himself an asshole for defending both Mel Gibson and Alec Baldwin for the vituperative shit they’ve said in the past. Baldwin is the one who used the fag word. Oldman did this in what sounds like an epic ass-kiss-fest on Jimmy Kimmel Live because there’s an article in Playboy Magazine where he allegedly went on a bonus rant about how things are too politically correct nowadays.

Following a storm of backlash, Oldman appeared on Jimmy Kimmel Live on Wednesday and said: ‘I said some things that were poorly considered. And once I had seen it in print, I could see that it was offensive, insensitive, pernicious and ill-informed…From my heart, I am profoundly, profoundly sorry…I should be an example and an inspiration, and I’m an a-hole. And I’m 56, and I should know better.’

What can you say to that? I actually believe him, because when you’re coming from a place of such privilege (being a straight white male in the US) it’s hard to understand how words like fag gut people to the deepest core. He claimed he made a huge mistake with his comments and he stepped out of his area of expertise. 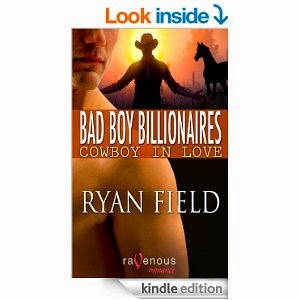