Here’s a contest you can enter where the winner gets lunch with a friend and Hollywood celebrity, Trevor Donovan.

While Trevor Donovan acquired his cult fan base for his role as lovable “Teddy Montgomery” in the drama series 90210, Donovan’s dramatic skills and leading man appeal have also garnered the support of film A-listers like Jonathan Mostow, Oliver Stone and Roland Joffe who cast him in SURROGATES, SAVAGES, and history Channel’s epic mini-series TEXAS RISING, and MILLION DOLLAR QUARTET, respectively.

You can check it out here, and there are additional details. It’s pretty simple to navigate. And it’s being supported by the Robert F. Kennedy Human Rights Campaign.

Three families of victims in the Orlando shooting are suing Facebook, Twitter, and Google for allegedly ‘providing support to ISIS.’

Without Defendants Twitter, Facebook, and Google (YouTube), the explosive growth of ISIS over the last few years into the most feared terrorist group in the world would not have been possible,’ the lawsuit allege, which was first reported by Fox News.

It’s not going to be easy to win a lawsuit like this, but it should be interesting to see how it plays out.

When I posted about the gay Christmas tree ornament with two Josephs yesterday I didn’t think I’d be following up on it.

First, a Christian group was outraged:

Chief executive Andrea Williams told Mail Online: ‘These decorations are a desperate and ridiculous attempt to pretend that homosexual relationships are pure and holy.

Then this what the guy who designed the ornament did:

But for Thaler, it’s no longer worth the trouble of keeping the products on the website. He decided to remove them ‘out of respect for his fellow humans’.

You can check this out here. It definitely shows that Thaler is the bigger person this time. I doubt we’ll see an apology from the Christian group. 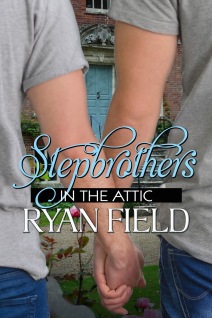