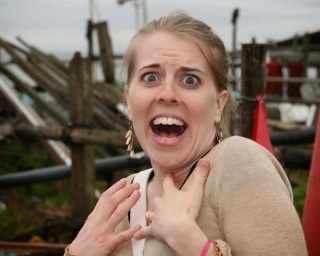 Update: the story I linked to below about the birthday party invitation was yet another Internet hoax. It was concocted by morning radio show hosts in NY, because, ya know, they are so hysterical and knee-slapping funny. Reason why I would rather hear absolute silence than listen to commercial radio in the morning. These asshat douches should get a fucking life. http://www.huffingtonpost.com/2014/02/15/gay-dad-birthday-invite-hoax_n_4794437.html

I have to admit that when I noticed a message in my inbox about a review/commentary about a m/m romance I found the urge to ignore it close to impossible. I tried. I really did. There are so many fascinating stories right now this should be the last thing I would post about. But as a blogger I’ve learned to separate myself from fiction and politics, and I always take an offensive approach to pieces like the one to which I’m linking now. I also blog for free, as a hobby, which means I don’t have to answer to anyone but my readership. And when I write posts like this my readers are the only people I’m taking into consideration.

If this had just been a review for one book I wouldn’t be posting about it right now. It would be none of my business. But in this case the blogger, Joel B. Pollak, made comments about gay romance in general. Even though it’s impossible to disabuse bloggers like this of the many misconceptions they have, or their superior attitudes, because, ya know, they know all about fine Lit-ter-aye-ture, sometimes it’s amusing to let them know in a nice, polite way that it’s just not cool to compare a contemporary m/m romance to a classic novel like  Anna Karenina. Seriously! WTF is that about anyway? Can anyone say apples and oranges without cringing?

But that’s not all. He even shows, in a polite voice, how superior he is to hetero romance as well. In case I forgot to mention it, that’s because he’s a straight man. He does disclose this up front, to let us know that he didn’t read a gay romance because it “piqued” his interest in a sexual way. Not him. It “piqued” his interest because he claims to wonder about “the internal dialogue of the gay community.” (Smile) I don’t know about any other gay people out there, but my internal dialogue with Tony this morning consisted of what time I would shovel the snow today, whether or not to cancel the guy coming to see the car I’m selling tomorrow morning, and how important it might be to get another generator in case the lights go out again. Yup, that was our internal dialogue this morning. Sorry it wasn’t more interesting, and I wish I could tell you that we spoke about something more political or social, but that’s how we gay people speak and think most of the time.

But I digress. Here’s a real gem from Joel B. Pollak’s post:

The book arrived, and I will admit that it is not an easy read, at least for this straight man. I don’t read too much romance literature anyway, and I’m certain that plenty of straight stuff is equally awkward.

I felt the same way about Pollak’s post: not an easy read. I wonder if he’s read Jonathan Franzen’s books…any one of them. I love Franzen, so don’t get me wrong. This is by no means a slam against Franzen. But if this dude thinks romance is awkward to read I shudder to think what he might say about Franzen’s books…especially the sex scenes.

In any event, Pollak’s commentary continues to devolve in one of the most polite ways I think I have ever seen with an article that has such a passive aggressive hidden agenda in both tone and substance. After a brief description of the gay romance he read, a description with which he actually uses the word “treacly,” he gets into more social commentary with several references to politics that left me wondering about more than a few things I won’t discuss here now. Let’s just say he chose his words with care on purpose, and just as important to note, I don’t want to be accused of the “off-putting politics of the literary academy.”

I don’t know enough about the world of gay literature to know whether these themes are explored in greater depth by other authors. When I think about why I don’t know enough, I come up with a few reasons: my own philistinism about literature; the off-putting politics of the literary academy, more concerned about tearing down convention than enjoying good writing, etc. Reed’s novel didn’t change that, but I appreciated the effort.

The off-putting politics of the literary academy?

More concerned about tearing down convention than enjoying good writing?

First, never trust anyone who says they know what good writing is. That’s the sure sign of an amateur. I’ll admit that at times bad writing can be defined and identified. But last I heard good writing is as subjective as taste in furniture design.

Second, I truly don’t even know what to think about either of those two comments above. My gay Republican friends who are doctors and attorneys and literary agents wouldn’t get that either. And that’s because when bloggers like this write comments like that they either don’t know what they’re talking about or they just don’t care. I also didn’t read the book in question, so I can’t comment on that either. But I can comment on the fact that bloggers like this should always take a different approach to any romance book than they might take to other works of fiction that might be called “literary.” (I would never be presumptuous enough to define “literary” so I’m leaving that open for now.) In other words, the romance market is vast, and it’s also defined by a certain amount of tradition and convention. And this same tradition and convention in romance is what fuels the industry from reader, to publisher, to author, to book reviewer. Romance readers expect certain things in romance books, and romance authors like to please their readers. Romance authors also love what they do. This blogger clearly knows nothing about romance in general, or that the people who read romance come from all walks of life.

Side note: Treacly means sticky sweet. It comes from the word treacle, which was once commonly known as molasses. Foodies would know this more than the average person. But, ya know, Joel B. Pollak is so superior he doesn’t take that into consideration.

Side note II: the vituperative comment thread at the bottom of this article will show you what the blogger was going for.

I think this link is important because it’s a mainstream piece that talks about how fearful the LGBTI community is in Russia, especially during all the praise I keep hearing about the Olympics in Sochi. It discusses a popular gay nightclub and how gays are coping right now.

With its bullet-sprayed doors and protective razor-wire fencing, Central Station management says it has been subjected to shootings, water and gas attacks, and vandalism. Considered by many patrons as “the cultural center” for gays in Russia, the lively venue is known for its colorful, irreverent drag shows and modern house music. But the staff says a recent spate of homophobic attacks has terrified the gay community there.

You can read more here, and find out when to watch this on ABC Nightline where they’ll be doing a special report. DVR alert in my house. (Maybe that’s too political.)

A mean mom recently refused to let her kid attend the birthday party of another kid because the other kid’s parents are gay. I’m serious. The gay parents contacted a local radio station in Long Island to let everyone know what this nasty mom did.

This is what the mean asshat wrote:

It reads: ‘Tommy will NOT attend. I do not believe in what you do and will not subject my innocent son to your “lifestyle.”

You can read more here if you can stomach it. Poor Tommy. It’s painful to see the photos of the birthday invitations because they are so adorable and innocent at a glance, without a hint of hate…until the nasty mom replied.