These things always bother me because these hideous, idiotic, hypocritical Hollywood managers will be the first ones to offer support to the LGBT community in public while in the background they are even more homophobic than the worst in the religious far right. When I read about things like this that happened to Colton Haynes only recently, it makes my blood boil. It’s still happening in homophobic Hollywood, even after all these years. And I feel the sorriest for gay men who don’t have the courage or intellect that Colton Hayes has. They must live horrible lives, thanks to these cheesy cliched Hollywood managers. I know first hand what it’s like to get really bad guidance and advice from greedy publishers and even bad literary agents, but no one, thankfully, ever told me I had to remain in the closet.

In any event, here’s the kind of Hollywood hypocrisy Haynes had to deal with…

‘I was literally told from the day that I moved to Los Angeles that I could not be gay because I wouldn’t work,’ Haynes said this week on the Sirius XM show Andy Cohen Live.

‘Then I was with my management team and a team of people that just literally told me I couldn’t be this way. They tried to set me up with girls.

‘I was rumored to date Lauren Conrad (The Hills) for six months because they were kind of angling a story. And then I dated every other young person which of course I didn’t date.
’
Haynes, who rose to fame on the MTV drama Teen Wolf, did not try and deceive any of the women he went out on ‘dates’ with.

You can check this out here. It goes into a lot more detail about the hypocrisy of these Hollywood managers. And don’t for a minute think Colton Haynes is the ONLY one. There are more living the lie as I write this post.

Openly gay Congressman Sean Patrick Maloney of New York recently introduced a bill for LGBT people in a way that no one has done before him.

Maloney, co-Chair of the Congressional LGBT Equality Caucus, adds: ‘We have to get more information on where this violence is happening and we have to be more aggressive about doing something to stop it – and this bill is a necessary first step.’

There’s more here. I’m for anything that helps protect any LGBT person in this regard.

According to this article, they aren’t even including what happened at Pulse.

But even if you exclude the victims from 12 June 2016, 28 Americans who identified as LGBTI were killed.

With Pulse, the number is a staggering 77 people who were killed due to homophobia, biphobia or transphobia.

Here’s the rest. It gets even scarier. 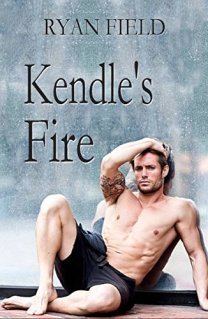