A writer friend of mine sent me this earlier today and I thought I’d share. In honor of all those who don’t want to deal with Valentine’s Day this weekend, and I know there are plenty, here’s something that’s a lot more fun than chocolate or flowers. These holidays really put a lot of pressure on people that I always thought was undeserved. In any event, this is about former baseball player, Chad White, that might make you feel a lot better.

One-time baseball player Chad White was the talk of the town at Milan Fashion Week. Or rather, his bulge was.
White, now a model, looked rather proud of what was protruding from his swimsuit as he strutted down the runway the other day.

You can check out the photo here. It’s worth the click just to see the great big smile on his face.

Chandler Massey and Days of Our Lives

A lot of people are wondering if Chandler Massey will return to Days of Our Lives as gay character, Will Horton.

Will’s coming out story was one of the most powerful the show has had in recent years and won Massey three consecutive Emmys – the most recent in 2014.
‘For the record — I can neither confirm nor deny that my former client and good friend … Chandler Massey will be returning to his role of Will Horton on Days of our Lives later this year,’ Ballard wrote on Facebook.
He added: ‘I guess you will all have to keep watching!!’

So there you are. Clickbait at its best. But you can read more here where there’s some info about the character. I think a lot of Massey’s comments are genuine and from the heart.

This is a timely article about gay athletes, and it mentions why so many are terrified of coming out in public. It’s also a long article about a conference on diversity and inclusion in London that talks about sponsorship and how things are changing…or will be changing.

Stoney, former captain of the England women’s soccer team, came out at the age of 32. Asked why she hadn’t talked about her sexuality beforehand, she had a blunt answer.
‘Fear. Absolute fear. That’s what keeps gay athletes in the closet. I didn’t know where society was at and, for some reason, I’ve always a person who cares what other people think. But I got to 32, I was happy in my relationship, we were trying to have children, and I got to a stage where I thought, “Do you know what, it doesn’t matter what anyone else thinks – it’s about my happiness” – and having the ability to speak to so many people.”

Here’s the rest. As I said, it’s long and mentions a lot of names, but the overall theme of the conference sounds positive. 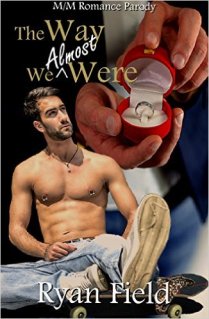