Ripped His Heart Out and Ate It

In order to prove that he wasn’t gay, a man ripped out another man’s heart…and he ate it, taking gay shame to a completely new level.

This is about as disturbing as it gets:

When police arrested Chimboza on 10 June, they found him chewing raw flesh and that Manoma’s neck had been ‘half-eaten’.

He added his chest had a gaping hole in the left side. Chimboza then claimed he did it ‘show him that I am not a moffie [gay]’.

‘I do not know why I ate it and I accept my actions were wrong and exceeded the boundaries of self-defence,’ he said, in an apology to the court.

You can read the rest here, where there’s a photo of the man who ate the other guy’s heart. It’s too creepy to comment further.

The other day on facebook I had a conversation with someone who was surprised to hear that gay bars have been closing down for quite some time. I’ve been reading about it and seeing it happen first hand for years, and this particular gay bar in the UK shuttering its doors doesn’t shock me. At one time here in New Hope, PA, we had three very successful gay bars going. There were so many patrons no one was in competition. In the past ten years we’ve lost two and the last one is hanging on to what’s left of the gay bar trade in the surrounding NY and Philadelphia area.

Steven Wiseman, insolvency practitioner for Inquesta, has been appointed liquidator of SDB bars who took over Eden Bar in 2012.

He said the bar had experienced a general downfall in trade and has seen even more decline after it was ‘virtually marooned’ by an adjacent building site.

The last post on Facebook, posted on January 7, saw Eden announce the bar being ‘off for a facelift’ until early February before there was silence on all social media channels.

That’s basically the same announcement I’ve seen each time another gay bar shutters. I’m not being cynical about this; just realistic. If I had my way no gay bar would ever close down. But there are logical reasons. One, the gay bar was THE only place where gay people would meet. The Internet changed all that, and it began years ago.

I’ve posted about this several times before, and I wanted to follow up with this information. The Oregon bakery that refused to bake a wedding cake for a lesbian couple based on their religious convictions was recently informed they may have to pay thousands of dollars in fines.

The exact amount of compensation will be determined in a hearing on 10 March, but the couple could receive up to $75,000 (£49,650, €65,550) per person from the shop owners, the Oregon Bureau of Labor and Industries (BOLI) announced.

The couple wanted to celebrate their wedding with a cake from Sweet Cakes by Melissa, but the co-owner of the bakery, Aaron Klein, refused to sell it to them when he found out it would be for their wedding.

According to Bowman, Klein cited religious belief as reasons for his refusal and called their upcoming marriage an ‘abomination unto the lord’.

What I find most interesting, from personal experience, is that gay owned and operated businesses have been supplying their services to the straight mainstream world since the beginning of time…literally. I know a florist who has done more weddings than he can count. Not once did he ever refuse a customer because of his religious or social convictions.

You can read the rest here. There’s some history about the whole debacle you might not know. 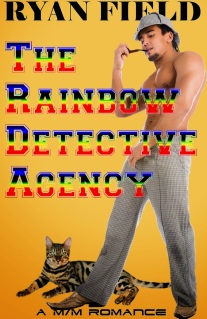