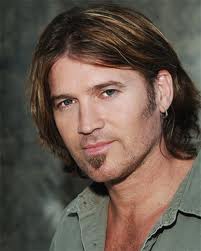 Here’s the link to HuffPost.

Here’s part of the article:

Amazon.com, which has been aggressively expanding its publishing operation, announced Thursday that Cyrus would discuss with “great candor” everything from his early years to life as the parent of a teen superstar. Cyrus and his daughter starred together in the hit TV series “Hannah Montana.”

I’m a huge Billy Ray Cyrus fan. I will most likely read the book. As a reader, I don’t care who publishes it. I’ll even pay full price for the digital version of a celeb auto bio/memoir because I love reading them.

However, I am curious about whether or not Billy Ray has a literary agent. How did he get this deal? Did he contact Amazon through his entertainment agent? Was there a collaboration? Did his manager do the work? I’ve read about other celebrities who have signed with Amazon and I’ve never seen a literary agent mentioned. I do know that Amazon does work with agents. I’ve never seen how any of these deals transpired and I’m curious.

I’m going to ask around and try to find out. If I get an answer, I’ll update the post.

(Update: I did ask, and I received an answer. In short, these books are shopped by literary agents the same way they’ve always been shopped. They go out on submission to publishers, including Amazon. Evidently, Amazon won another round this time.)