For the first time…at least that I’ve seen…a political figure in Europe decided to pose nude, with a full frontal nude shot of his uncut penis, in a huge advertisement. And his penis is huge, too.

The Danish do things a little different than us: Case in point, John Erik Wagner, an independent candidate for prime minister.

Wagner, 52, appears in a cowboy hat and gun holster–and nothing else—in a bus poster appearing on the streets of Copenhagen.

According to the Local, “Wagner is running on a ten-point platform that includes closing all of the nation’s job centres, changing local election rules, making dentist visits free like doctor visits and structuring the labour market so that all workers have six months on the job and six months of holiday.”

You can check out the censored photo here, and there’s also a link to the uncensored photo with the penis shot at that end of that article. I don’t feel comfortable sharing images here for copyright reasons, but I would if I could.

I like the part about free dental visits…take note America, and US dentists. Last time I went to the dentist with Tony I sat in the waiting room and listened while people paid the receptionist. In less than one hour that bandit of a dentist collected over ten thousand from hard working people who most likely couldn’t afford it. And not one single person running for President will address dental issues now, or even in the near future.

However, I hope Chris Christie and Hillary Clinton don’t get any campaign ideas to pose nude.

Before anyone is misled, this article is more about gay guys who are teenagers than it is about adult gay men dating straight women. But it’s interesting and I can relate to it personally because I did the same things and felt the same way.

Since most gay kids are brought up under the assumption that they’re straight (and our heteronormative mass media doesn’t do any favors), it’s no surprise that dating girls is a common first step in gay sexual discovery.

Everyone expects it, so we just sort of go with it. Plus when you’re young, any thought of sex is exciting, so why not with a girl?

We’re sure the majority of Queerty readers have dated a female or two in their day. It can be quite the confusing experience.

For me it wasn’t a confusing experience. I took a girl to the prom and it was nice. I don’t have any huge revelations or complaints to report. We had a good time, I took her home afterward, and we went back to being friends. And considering that several girls in my class wound up pregnant on prom night, a cold hard fact which defined the rest of their lives, I would say the girl I took got lucky that I was gay.

You can check out the rest here and see what the other guys have to say about it.

Goodbye To Your Gay Best Friend

Here’s an article that talks about when it’s time to break off a friendship with your gay best friend. It happens, like it or not. And no one really knows how to deal with it, and it can cause a lot of drama and stress in your life for a while.

Last week, we offered you six tips on how to be a great wingman at a gay bar. But what happens when you’re great wingman turns out to be not-go-great after all? There comes a time in every gay man’s life when he must cut ties with someone from his past.

It could be a former bar buddy whose drinking habit has gotten out of hand, or a college friend whose personality turned toxic after graduation. It might be an old co-worker who needs to grow up, or an ex-roomie who needs to get a clue.

You can read more here, where it goes into more detail. I’ve been lucky in the sense that this has only happened to me a few times in my life. And each time it happened there really wasn’t any huge dramatic confrontation…because I’m not fond of confrontation. We just started seeing less and less of each other and eventually everyone gets the hint and the friendship becomes part of the past. In each case, it wasn’t any one thing in particular. It was more about how we were growing in different directions and didn’t have that much in common anymore. It’s happened to Tony and me with other couples we’ve been friendly with, too. Life changes…which is a good thing. Sometimes you really have to know when to leave.

I guess I’m unusual in the sense that I never really had a “type” of guy that I was attracted to. For me, he had to be attractive, but it was always more about the personality and whether or not he had a sense of humor. Evidently, there are 10 common male body types and I never realized it.

We brought you the hottest dad bods currently steaming up Instagram, but judging by your comments, there is confusion over what exactly a dad bod is, so here’s our attempt to clarify.

According to blogger Mackenzie Pearson, who coined the term in her post Why Girls Love A Dad Bod, it is “a nice balance between a beer gut and working out.”

“The dad bod says, ‘I go to the gym occasionally, but I also drink heavily on the weekends and enjoy eating eight slices of pizza at a time,’” Pearson says “It’s not an overweight guy, but it isn’t one with washboard abs, either.”

You can view the photos of the ten different types here. The “geek” is adorable.

The Rainbow Detective Agency: On Fleek 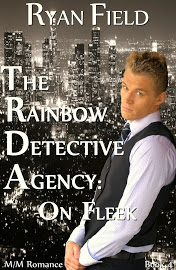