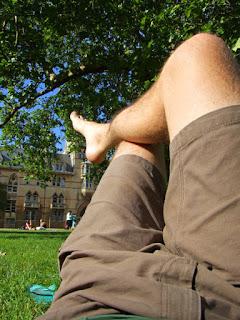 The other day I wrote a post about how poorly the producers of the film “Cloud Atlas,” in my opinion, handled scenes that required actor Jim Sturgess to wear “Yellowface.” And it gets even worse. While I was reading about that particular subject I found a few interesting things about how the directors reacted to critical reviews of their film. Evidently, some people in the film industry don’t seem to be held to the same standards as authors.

Here’s a quote from wiki so you can see for yourselves how they reacted when reviews of “Cloud Atlas” were released:

Reaction from the directors
On October 25 (after the premiere at Toronto), Andy Wachowski stated about critics “As soon as they encounter a piece of art they don’t fully understand the first time going through it, they think it’s the fault of the movie or the work of art. They think, ‘It’s a mess [ …] This doesn’t make any sense.’ And they reject it, just out of an almost knee-jerk response to some ambiguity or some gulf between what they expect they should be able to understand, and what they understand.”[27]

In the same interview, Lana Wachowski stated “People will try to will Cloud Atlas to be rejected. They will call it messy, or complicated, or undecided whether it’s trying to say something New Agey-profound or not. And we’re wrestling with the same things that Dickens and Hugo and David Mitchell and Herman Melville were wrestling with. We’re wrestling with those same ideas, and we’re just trying to do it in a more exciting context than conventionally you are allowed to. […] We don’t want to say, ‘We are making this to mean this.’ What we find is that the most interesting art is open to a spectrum of interpretation.”[27][56]

Now that’s vicious WTF-ery if I’ve ever seen it. I honestly can’t even imagine how a new self-published author would be received if they made grand remarks like this, comparing themselves to Dickens and Herman Melville, claiming they know the definition of true art and the critics are all wrong and all they want to do is hurt them.

They’re getting paid a lot more than .99 an e-book every time someone buys a movie ticket.