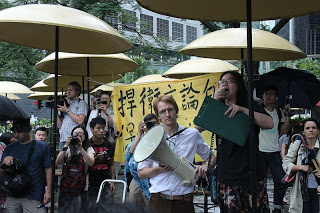 Though I haven’t been following the story of Edward Snowden, former CIA employee, and I probably won’t because I’m tired of politics altogether at this point unless it involves LGBT issues or equality, I did think this article about Snowden becoming an overnight sex symbol was interesting.

My first thought when I saw Snowden’s photo on one of those Huff Po teasers on AOL was that he certainly wasn’t bad looking at all.

Then I read this:

“I know this is far beyond the point and making light of the situation, but Edward Snowden can blow my whistle,” one particularly ribald Twitter user proclaimed. (#ifyouknowwhatimean)

I don’t mean to make light of the situation either. I do understand the magnitude of it. But the man is nice-looking, and some are calling him a hero and others are calling him a traitor. Either way he can’t lose, because the only thing we love more than a hero is a notorious bad boy.

And being smart doesn’t hurt either.

Of course, it’s not just Snowden’s chiseled features that have the Internet lusting after him as though he were Mick Jagger. After listening to Snowden wax eloquent about a government granting itself “power it is not entitled to” and why that inspires people like himself “to go further than they are allowed to,” one Twitter user elevated her opinion of him from hot to “super hot” and “y’know, righteous and intelligent.” Clearly, the latter figures largely into his “super hot” status.

It’s also interesting to note that Jeffrey Toobin, of CNN and The New Yorker, isn’t a huge fan of Snowden. He thinks he’s a traitor, which you can read more about here.

But what many don’t know is that Toobin is a senior legal analyst at CNN and he’s been involved in a few scandals that made headlines of his own, which you can read about here in a piece dated from 2010.

One of the media elite’s most whispered-about scandals went public Wednesday when married CNN correspondent Jeffrey Toobin squared off with a woman who says he’s the father of her baby.
My only comment on this is that Jeffrey Toobin is one of the reasons I haven’t watched anything on CNN since the 2008 Democratic primaries (I’m a registered Democrat). And if you do a simple search and check out the ratings at CNN, you’ll see that I’m not the only one who’s stopped watching.

The other morning I was watching a segment on TV on my local news station where a big black bear was spotted in a cookie cutter housing development not far from where I live, in Buckingham, PA. The frantic mom who spotted the bear playing on her kids’ swings out back ran to close the gate of a four feet tall fence that surrounded her property so she could contain the bear until the authorities came. And then, as an added bonus, the rest of the cul-de-sac came out to watch the bear in her backyard on the swings as if they were at the public zoo. Some walked right up to the fence. And when the bear jumped the short fence that probably couldn’t even contain a large dog, they all ran screaming to their houses in shock. The local news never mentioned that part. They just reported the story with great big smiles. So you never have to ask why.