Marco Rubio On Gay As a Choice

Although I’m rarely political, I think I’m following this next Presidential election more closely because there are so many important LGBT issues that have yet to be resolved. The problem right now with almost all politicians is they don’t seem to know where to stand on LGBT issues…especially Republicans. I’m not talking about the far right. We know where the Christian conservatives stand. I’m talking about Republicans who are trying to win over younger people…those Republicans who have been watching the polls and know that public opinion is changing.

And then there’s this.

The other day I posted something where Marco Rubio mentioned gays and choices. Now he’s saying this:

The Floridian Republican, who announced last week that he is running for president, said on CBS’s Face the Nation: ‘I … don’t believe that your sexual preferences are a choice for the vast and enormous majority of people.

‘In fact, the bottom line is I believe sexual preference is something that people are born with.’

That’s where he loses people. In one breath he appears to be stating  gay is a choice, and in another he’s stating the opposite.

You can read the rest here. I just hope this doesn’t portend a lot more idiocy to come in the next election. I can respect where someone stands even if I don’t agree with him. But I don’t think it’s fair for a candidate to force voters to parse every comment they make.

Although Barry Manilow hasn’t commented on his recent gay marriage, Suzanne Somers who was there has made a few comments. And please don’t tell me I shouldn’t refer to it as a “gay” marriage. Right now, where things stand, it’s a big deal and it IS a gay marriage. I hope this changes in the future, but right now I think it’s important to own it.

‘They’re married and really happy, and I was there when it was announced and they’ve been together for 30 years,’ Somers said during an appearance this week on Bravo’s Watch What Happens Live.

WWHL host Andy Cohen remarked: ‘Wow. It’s wild. He never formally came out and said it. It’s something everybody knew. It’s wonderful he’s been with his partner for 30 years.’

Somers also said: ‘I think it’s freeing for him. He’s one of the most incredible people and a true musical genius. I believe he is the Irving Berlin of our generation. The impact he has made on music is incalculable.’

That really is something. They’re together 30 years. I’m with Tony 23 years and I’m still not sure where all the time went…and, the first sixteen years were spent partially keeping it hidden. Not totally, but we didn’t tell Tony’s family, and Tony never let anyone in corporate America know he was gay or with someone in a long term relationship. Evidently, there are a lot of us out there.

You can read the rest here about Manilow. I hope he is feeling free…free enough to speak up now.

I’ve posted many times about how the gay bar as a concept has been disappearing slowly since the 90’s. I’m not getting into all that again, but I did post a question about it on social media and most of the gay men I know said they don’t frequent gay bars anymore. All are different ages and come from different areas. There was a time when Tony and I were at several of the local gay bars here in New Hope at least twice a week…at least. Now there’s only one gay bar left and we go there only a few times a year. Do I feel guilty about this? No. Life changes, the world changes, and people move in different directions.

But there are drag queens in London working hard to keep The Black Cap in London open.

RuPaul’s Drag Race queens are helping to save one of the most iconic London queer venues.

Latrice Royale, from season 4, and Morgan McMichaels, from season 2, joined together to call for lovers of drag around the world to sign a petition to save The Black Cap in Camden.

Closed without warning on 12 April, it is expected the owners are trying to turn the building into luxury flats.

I hate to see something this strongly related to gay culture disappear completely. The gay bar is a huge part of my past, too, just like small brick and mortar gay bookshops. Frankly, maybe they should go to RuPaul and ask her to invest her money in The Black Cap. This way RuPaul could be a hero and save the day. Because you can’t blame the owners of buildings for trying to make a profit.

On the flip side, which is a little ironic, I would bet that many of the people who will be interested if they turn the place into luxury flats will, indeed, be upwardly mobile gay men who will repeat, at length, the history of the building with each intimate candlelight dinner party they give. 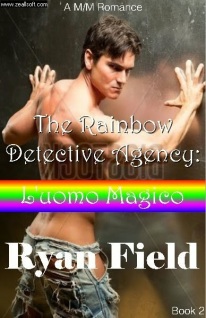