I don’t mean to promote stereotypes here, and we all know that not all gay men are florists. However, I have known several gay florists in my lifetime who could mop the proverbial floors with the amateurs in this article. I’m talking about award winning florists I’ve known, who can create an arrangement that would bring you to tears. The kind of high end arrangement, whether it be for a wedding, a funeral, or a bouquet of roses, that makes you stop and just stare. So when I read about these sub-average florists and their bible thumping beliefs I find it a little amusing. And it’s odd that such limited talent would even get an ounce of attention.

Jennifer Williams says the Bible is the “rulebook for her life,” which is why she supports the so-called proposed ‘Religious Freedom Restoration Act’ in Georgia. It’s also why she’d refuse to provide flowers to a gay couple. Not because she “loves them any less,” of course. She just prefers to sit in judgement and cling to her thinly veiled fear.

All you have to do is take one look at this rinky dink flower shop and you’ll get the entire picture…mostly potted plants in plastic containers. Such bad taste it will hurt your feelings. In other words, if they don’t know enough to make their business as perfect at it can be, how can anyone expect them to understand the discrimination they are promoting. I personally can’t hold it against them, and I feel more sorry for them than anything. Because they just don’t know any better and probably never will.

Republican senator, Tom Cotton from Arizona, is now telling gays to be happy they aren’t in Iran. But it’s a little more complicated than that, and I have a comment below.

In an appearance on CNN yesterday, Sen. Cotton said critics of Indiana’s controversial “religious freedom” law need to get a life, not to mention some “perspective,” implying that LGBT people in Indiana have it pretty darn good compared to countries where gay people are executed.

“I think it’s important we have a sense of perspective,” Cotton said. “In Iran they hang you for the crime of being gay.”

If you need any proof he said this, there’s a video here. Actually, you should watch the video. The comments were taken a little out of context, because that’s what some gay publications tend to do and why we don’t have good journalism anymore. Cotton does mention they are doing some horrible things to a preacher in Iran, too, not just to gays. But Cotton said it anyway and no matter how you parse it there’s no good way to react, and for that one act of idiocy on TV he deserves to be taken out of context by a sleazy quasi journalist in a highly slanted gay article.

The Boy Scouts recently made headlines in what many are calling a challenge.

It was announced Thursday that the chapter has hired 18-year-old Pascal Tessier, the nation’s first openly gay Eagle Scout, as a camp counselor.

Tessier, from MD Troop 52 (one of the nation’s oldest troops), earned the rank of Eagle Scout only weeks after the ban on gay youth was lifted, and his hiring could lead to litigation between the New York chapter and the BSA’s national headquarters, though the hope is to resolve the conflict out of court.

I honestly don’t know enough about the Boy Scouts to comment in full. All I know is that I’ve heard nothing but stories about bans on gays in the Boy Scouts all my life. Maybe this is the beginning of a big positive change. 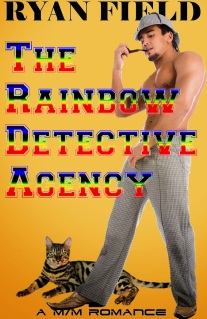