I’ve been following this saga with Facebook with great interest because I’ve always been an extremely conservative investor (real estate, and only in resort areas…never flipping), and because I’m curious about whether or not online businesses like Facebook actually generate money through advertising.

More specifically, since the close of trading on Wednesday, Mark Zuckerberg has lost almost $3 billion, at least on paper. (His total stake is still worth about $11.8 billion, a far cry from the $19 billion he held at the IPO price).

Of course this is just all hype now, and speculation to long term investors who invest wisely and are in for the long haul. No one really knows how FB will do in the future. I’m personally on the fence about it. It’s still a gamble any way you look at it, and I’m not convinced anything solely based on advertising revenue is a solid investment. I would be thinking very differently if they charged people to use FB. But then again, I wouldn’t BE on FB if anyone charged me to use it. So it’s going to be interesting to see how all this plays out. I was right about QVC stock, and wrong about EBay stock in the past. I knew home shopping would take off, but I thought EBay was a joke.

This article is also a little frightening:

If Facebook had a “dislike” button, the social media giant would have the most clicks. A new report shows that the company may be nearing the end of its timeline, setting a record low among social media sites.

After a year of radical changes to the world’s largest social media website, Facebook’s reputation is dwindling, with user satisfaction falling below Twitter, LinkedIN and Google Plus.

With users deactivating their accounts out of privacy concerns and frustration with interface changes and advertisements, Facebook’s endless transformations may do itself more harm than good.

The winners? Google+ and Wikipedia, tying at 78 points.

You can read more here at rt.com.

The article goes on to explain a few reasons why FB is experiencing this problem, and some of them are good reasons. A lot of this has to do with privacy. But I’ve always felt that FB is more of a trend and that people jump aboard with rigor in the beginning and slowly get tired of toward the end. If there were a shelf life for social media I would venture to guess that FB’s lifespan would be about six months. I’ve been on FB since the very beginning when everyone had only a handful of friends. I now have almost 4,000 and I don’t even know how I got there. But I do know one thing I’ve seen that never changes: over the years I’ve seen people come and go countless numbers of times. And it’s usually sudden, too. One day the status updates I’ve been seeing from so-and-so will completely disappear and I’ll never hear from that FB friend again. I’ve come to expect it. And I’ve also become very good at predicting who will hang on and who won’t. Oddly, the guy who got me into FB in the beginning is still my friend…a writer named Jonathan Stephens. We met through blogging a few years before that.

And don’t forget about the snark/mean factor. I’m sure people have unfriended me for various reasons over the years. And I’m guilty of it. I’ve unfriended people myself for reasons that aren’t always very solid. I dropped a woman author last night because she commented on the blog post of a blogger I’m not fond of. In that sense, I’ve always managed my friend list. And I prefer not to be associated with people that are associated with people I don’t like or trust. This particular blogger where the author left the comment has a long history of *VACUOUS* posts that promote vitriol within the writing community. She also seems to have a lot to say about gay fiction and yet she doesn’t write it, she’s not gay, and she’s in no way associated with gay fiction. So it was an easy decision to make. One click; unfriend. No drama.

But ultimately I’ve always believed that anything based on trends never lasts for very long. In the 80’s there was a huge boom in self-help books…everyone was reading one, writing one, or publishing one (not me). And we all know what happened there. A few got lucky; a few became popular and got rich; most crashed and burned and moved on to the next trend…I think it was chick lit.

This is why it’s also important for writers to be on guard with trendy genres as well. They don’t usually last. And that’s because there’s usually some kind of fundamental flaw that comes from so many people jumping onto the proverbial bandwagon to get rich quick. The market floods. The authenticity isn’t there. It becomes an insult and a joke at the same time. I’ve seen THAT happen before, too. 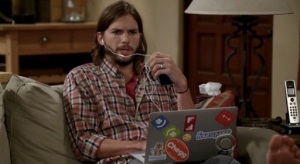 This off-publishing topic interests me because I’ve never really needed GPS or any kind of map service to get me from point A to point B. I even posted about it here before once in one of my WTF posts. My mom and dad live by Onstar; I have friends who never leave the house without using some kind of GPS.

I’ve never really needed it. But I do like to keep up just in case I do need something one day. This article from Cnet talks about MapQuest and free voice prompts for route guidance.

In the online maps space, Google may draw more attention, but MapQuest, online years earlier, has continued to improve its service. And among iPhone apps, MapQuest can boast a crucial feature over Google Maps, free turn-by-turn navigation with voice prompts.

What I’ve really started to use in the past year is Foursquare.com. A friend got me into it as a social network and I’ve been using it to build points, get discounts at restaurants, and even build a photo album.

This past July 4th Tony and I had to drive to North Jersey to visit friends. On the way home we took back roads to avoid traffic on Route 80 and wound up lost in a part of New Jersey neither of us knew. So I started tracking where we were on foursquare and loved it. Whenever I checked into a place, our destination showed up on the foursquare map with a blue pin and it lead us right out of New Jersey, into PA, and onto roads with which we were familiar.

When I signed on to foursquare last year I didn’t think I’d be using it as anything other than a different type of social media. But the more I do use it the more I find I like it better than other GPS systems. And, while I’m using it, I’m getting points in addition.

The only problem I’ve had with foursquare so far is that I can’t remove some people from my friend list no matter how hard I try. Two guys from different parts of the country either closed their accounts or dropped off and they left these horrible photos that I have to look at every time I check in. One is a photo of an empty dinner plate, with remnants of what the guy had for dinner that look like little green boogers. The other is this creepy guy in bed holding a teddy bear. Both are creepy big time; both I would love to remove. And I can’t figure out a way to do that.

Through foursquare I’m also able to keep up with good friends in Palm Springs I used to see all the time. And I enjoy that. I miss them and I like being connected to them. It’s a comforting feeling. I also like seeing some of my other social media friends, like Mary G., down in Louisiana, and Ryan M. right here in New Hope. It’s a great example of how small the world really is.

Though it didn’t influence me to join foursquare, I also hear that Ashton Kutcher is an investor.

If you are so inclinded to join foursquare you can follow me @Ryan Field. If you’re a FB friend, you can check out my check-ins on foursquare because I’m linked. I can’t promise the most interesting check-ins (at least not as interesting as Ashton Kutcher’s, I’m sure…but you never know. 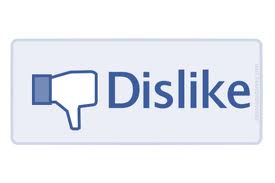 I ran across an interesting blog post titled, 25 Things You Should Know About Social Media. You can get there from here.

I agree with most of the things in this post, especially this one:

Writers are content creators, and so it behooves us to share what we love. You’re generally better off showing positivity rather than sowing the seeds of negativity. For the most part, the Internet is a monster that thrives the rage of countless disaffected white people, so I don’t know that it does a writer good to be a part of that noise. Your audience cares more about what you’re into rather than what you’re not. After all, I don’t particularly care for a lot of things. Most things, really. If I spent all my time talking about them, I’d be little more than a septic social fountain spewing my bitter froth into the world.

I’m going to add my own comment here. In some cases, I have seen writers get immediate attention with social media by being extremely aggressive, insulting, and negative. I’ve seen them get into flame wars and bitter confrontation…in public for all to witness. And yes, they do get attention for a while. But I’ve also seen that after people listen to them rant long enough, they grow tired and forget all about them eventually. I have never once seen anyone who does things simply for shock value survive. One of the things authors need to know is that you’re in this for the duration, at least you’re supposed to be. And if you attract a huge following in the beginning based on shock value and negativity, you might wind up regretting it in the end.

And for me, one of the biggest turn offs is when I see authors discussing politics too much…unless of course you have a viable political platform. But if you don’t have a political background or platform, I don’t care which end of the political spectrum you’re on. Niether does anyone else.

This is a good one, too. It’s well put, in plain English:

Show the World You’re Not a Raging Bonerhead
The Internet is like hot dogs: it’s made of lips and assholes. A writer does well to set himself aside from all that and use social media to reveal that he is, indeed, not a giant bucket of non-contributing human syphilis.

Here’s another link, titled The 18 Most Annoying People on Facebook. This one is a little more difficult because we’ve all probably been guilty of one or two of these things in the past. But that doesn’t mean we have to continue to make the same mistake time and again.