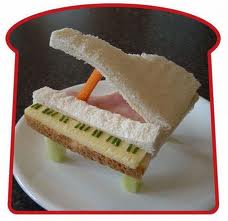 I’ve often written about the gallery I owned for ten years in New Hope, PA. Great times…1992-2002. The gallery allowed me the free time I needed, when it wasn’t busy, to write fiction and pursue a second career as a writer. It’s always been important to me to be surrounded by great art. I actually crave it.

Born in America in 1947. Michael Iskra studied the fine arts at the Hussian school of Art in Philadelphia and Bucks County Community College. Michael has created a language of art that reduces his forms to their essential elements. His simplicity of design evokes a myriad of mystery for the viewer. Michael’s forte is the nude. His work also includes abstracts, portraits, and landscapes. In the milieu of his creations there exists an appeal to all viewers.”

I recently ran across one of the artists I represented during that period in my life, Michael Iskra. There’s a painting of flowers, “Lavender Pond,” on his web site that brings back wonderful memories. I sold several of Michael’s paintings over the years. But for some reason this one didn’t. I’m almost secretly pleased because I haven’t seen it in about ten years. Not a day went by when I didn’t open the door every morning and stare at that painting for a few minutes.

I’m still kicking myself for not buying one of his paintings myself of a ballerina. A woman from New York bought it and presented it to her husband-to-be.

Check out Michael’s web site for more information about him, and to view other works of art. There’s a John Lennon that I think not only depicts Lennon very well, but also captures the time period perfectly. I hesitate to post photos of his work here because I’d rather not infringe on his copyrights. No one, not ever, took photos of my artists in the gallery without permission.