It’s reached a point where I never tweet, blog, or update about anything anymore if I even have the slightest doubt it’s a hoax. And if I can’t find it at snopes, I don’t say anything at all. In this case I’m talking about the Internet hoax that went around all week about Disney making a gay film with two gay princes, based on the book, The Princes and the Treasure. It’s not going to happen…at least not yet and with Disney.

The ‘report’, which has so far been shared 60,000 times on Facebook, claimed it would be adapted from Jeffrey A. Miles’ children’s book The Princes and the Treasure.

While the book is real, the adaptation isn’t.

In the very modern fairy tale, two very dashing princes set off to rescue a princess… and unexpectedly fall in love with one another and get married.

The author said he was inspired by the increase in same-sex marriage legislation around the world and a desire to write a fairy story that included a gay marriage.

The rest is here. Moral to this story? Don’t be so quick to click share or retweet, especially if it sounds too good to be true.


Do Gays Want to Redefine?

Here’s an interesting article that touches on something I post about here all the time. The misconception many have about the LGBT community. In the article a conservative pundit I’ve never heard of, Ben Carson, claims that it’s not about civil rights, but that gays want to redefine everything for everyone. He made these comments in an interview with Larry King.

‘For me, it’s not a big issue,’ replied Carson.

‘You know, I think people can do whatever they want to do. It’s just that they don’t get to redefine everything for anybody else. So I’m very much a libertarian in the sense of believing ‘‘live and let live’’, but that goes in both directions and some people don’t recognize that.’

I never thought about it that way. But if anything, I think the LGBT community is trying more to be like everyone else than redefine anything…or to have the same rights as everybody else. But Carson is a pundit and pundits always know how to put a spin on topics like this. What I’d like to know is when did the straight/religious community in the US get to define the way everything is supposed to be?

Update: This story just grew even sadder. The man who was beaten and set afire passed away. Here’s the link for more.

Here’s a sad one, with a bitter twist of irony. A 46 year old gay man who had been taking a “break” from his longterm partner since summer, went out for one last fling because he was getting back with the longterm partner the next day, wound up beaten and set afire by a 26 year old in a hotel room.

The victim had most of both arms amputated after he was severely burned when the hotel room they were in caught fire.

White’s long-time partner, Alex Teal, told the media that he and White had been dating since 2009 and still lived together, but ‘decided to take a break’ this summer.

‘So that night was his last night of freedom,’ Teal said as the pair has agreed to try again starting the next day.

Two local clubs in Greensboro, NC are having fundraisers to help with the medical expenses. You can read the rest here.  I can’t even imagine.

This sounds more like Bynes is dealing with emotional issues than anything else, and it’s not a very fair article. A “friend” taped her ranting about her family and her gay friend.

With a “friend” like this, who needs enemies? In any event, TMZ, as usual when it comes to all storms of shit, was the first to pick up on this unfortunate invasion of privacy. I’m not sticking up for Bynes or promoting anti-gay comments. However, it is mentioned that Bynes was recently released from a psychiatric treatment center and I don’t think it’s fair to judge people who are dealing with a mental illness. It’s as if these articles take pleasure in someone’s health issues.

‘Because all this has done is made me look ugly. Stop with the dad nonsense, like, your obviously, like, homo hun. It makes you not anything other than, like, be yourself.

‘Your face makes you look un-ugly, not your sexual preference. I’m just going to make fun of you but it will be really subtle like, I am slow, but, like, in my heart, like, I will shoot you in the face but with an ugly insult.’

I hope someone helps her get the help she needs. The rest is here. Why did I post about this? Because they make it sound as if someone made all these horrible anti-gay comments, they take it out of context, and they mislead readers with clickbait headlines. Once in a while I think the real story should be told, which in this case is that Bynes’s privacy was violated, she has health issues, and this should never have been news in the first place.

The Sheriff and the Outlaw
by Ryan Field
Amazon Link 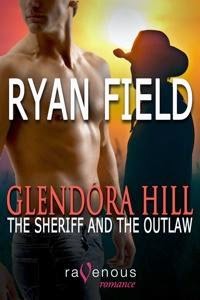 Remember how I posted about Family Circle Magazine earlier this week, and how they did a feature with two gay dads in a new feature section? Well, there’s been plenty of backlash from the anti-gays out there about that feature and it hasn’t been pretty.

Women’s magazine Family Circle just made history by featuring a gay family in its publication for the first time ever, but they were met with backlash from some hateful readers.

Same-sex couple Chris and Bob Osner-Hackett appear alongside their two daughters in the most recent issue of Family Circle in a new question-and-answer column titled “Modern Life.”

Here’s the link. You can read the comments from facebook, and the people who commented are listed by name. I’d rather not put that kind of thing here on the blog. I don’t even like linking to it. In this case, as in most others, the hate is coming once again from the good old God-loving religious types.

Sometimes I wonder if these things are meant to be serious or not. Common sense dictates the best way to talk about safe sex with a potential partner is to come out and say, “I only practice safe sex, like it or not.” That’s what always worked best for me. I’m really not joking about this. I have no complaints, and if anyone didn’t like talking about it, or me stating this, I went home alone. I never buckled to peer pressure. I’m not trying to sound holier than thou either. I was a kid when AIDS started and I still remember the details all too well.

Evidently, Davey Wavey has a few tips on how to bring up the topic of safe sex in a more casual way. I honestly didn’t even think something like this could be an issue. But I guess it is and at least someone is discussing it in a way that makes sense to those of you who are embarrassed.

For many guys, simply asking, “Hey do you have a condom?” does the trick — it’s direct, lets him know you’re on board to get down, and sends the message that safe sex is a priority for you. If he responds, “Uhh…no, but it’s cool,” then you know you have a problem.

My only comment is that you should never be embarrassed to say you practice safe sex, not with anyone. And never trust anyone who tells you it doesn’t matter to him.

I personally have no doubts about this one…that it sucks to be gay in prison. I can’t even imagine what it would be like. And this article makes some very interesting points.

The lawsuit says that the, “inmates are not given equal access to opportunities to reduce their sentences, services, programs and facilities, and are often treated in an abusive and neglectful manner. In short, GBT inmates at WVDC serve longer sentences and endure substantially worse conditions of confinement simply because they are gay, bisexual or transgender.

Unlike the male, non-GBT general population, sentenced GBT inmates at WVDC are generally not allowed to participate in the inmate work program, and, to the extent they may occasionally have limited access, it is substantially less than that available to non-GBT inmates.”

You can read more here. The rest is as disturbing.

When I posted about Anderson Cooper responding to something Pat Robertson said about the AIDS virus, yesterday, I didn’t know the discussion would continue. But now it seems Pat Robertson is calling gay activists terrorists.

“These people are terrorists, they’re radicals, and they’re extremists,” Robertson told “700 Club” viewers. “No Christian in his right mind would ever try to enforce somebody against their belief or else suffer jail. Now they did that during the Inquisition. It was horrible. It was a black mark on our history, but it isn’t being done now. There’s no Christian group I know of anywhere in the world that would force somebody to do something contrary to their deep-held religious beliefs or else face criminal penalties, but that’s what the homosexuals are trying to do here in America and I think it’s time pastors stand up and fight this monstrous thing.”

It’s hard for me to comment on this one because I’m not an activist. I just believe in good old fashioned civil rights and equality for all. But aside from everything else in this article, you’d think Robertson would at least get it right in a technical sense when he makes claims that AIDS can be spread through towels (his comment is in the link below), because it’s getting harder to take the man seriously.


You can read the rest here. 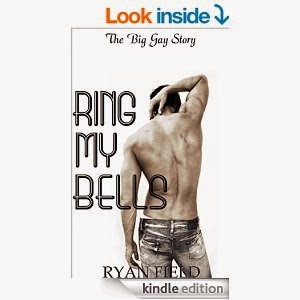